When Cities Sleep Lights Up the Stage 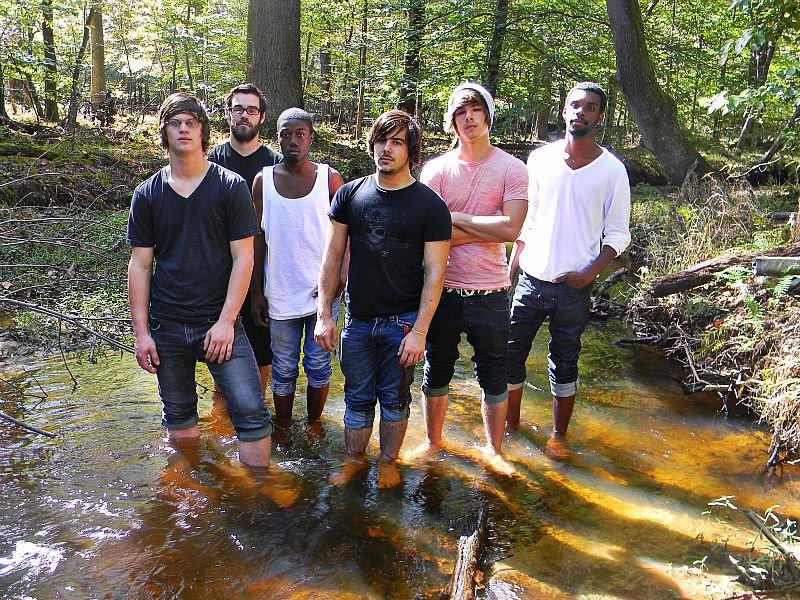 “It is what it seems, this cunning thief in me…” – When Cities Sleep

The band first started with a phone call to a friend saying that they should start a band. They were first known as Determined Destruction. Their first show was the North Point 2010 Coffee House. But as the band members started to change they decided to change the name. The group then became Awakening the Vengeance.  Soon, the group realized that this new name didn’t suit them, and decided to become When Cities Sleep.

This band is inspired by Attack Attack, August Burns Red, Motionless in White, and many other groups. The members like to play music that is hardcore, but has singing as well as screaming. The writer of their songs is their lead singer, Garrow. His lyrics are based on events in his life or other people’s lives that may seem scary to most. In Garrow’s words, “I’ve been a vocalist for a few bands, but now I feel like I’m home.”

The six men have been When Cites Sleep for about a year now. They have one EP out and are working on an album. To support the band there are t-shirts and wristbands for sale. Their songs are also available for free on Facebook. Some of the band’s best songs are taken for granted. Those include “The Beginning of the End”, and “Untitled (the Wave Song).”  Jeff Kensinger (‘14), a fan, likes how “The band’s) rifts are nice and they have great drum progression.” He continued, “Also they switch from clean vocals to screamo.” Dominick Longhi (14) just likes how “They have great mosh pits.”

When Cities Sleep is not just a locally known garage band.  They play shows at venues such as My Brothers Place, Jaxx, The Kingdom, and The Sonar. They are also frequently hired to play private shows at parties. The When Cities Sleep show schedule is on the band’s Facebook page. The next big show is on January 14th. They will be opening for Silverstein, August Burns Red, For Today, Texas in July, An Obscure Signal, and more.

According to Hein, “I saw my favorite band live in 8th grade, and now that we’re playing with them it’s a dream come true.”

North Point students can catch an acoustic set from When Cities Sleep at Coffee House this winter.