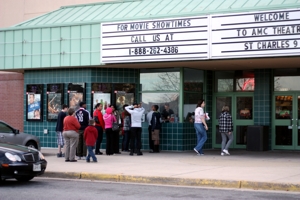 The new film Extremely Loud and Incredibly Close captured the hearts and minds of the masses. Its touching storyline coupled with exquisite cinematography earns it a five out of five rating from The Eagle Eye.

Thomas Schell, played by Tom Hanks, was the greatest explorer the world has ever known- at least to his son.  The movie follows nine-year old Oskar Schell, acted by Thomas Horne, on his journey to get closer to his father, who died one year earlier in the World Trade Center on September 11th. The adventure begins when Oskar finds a key that is related to his father. The mysterious key is believed to open the lockbox in which a hidden message rests.  All that is known about the key is that it belongs to a man with the last name Black. Oskar, using the skills taught by his father, scouts out all 475 Black’s in the city to find the lockbox. On his expedition, he learns the stories of everyone he encounters and even meets his long lost grandfather, a man who never speaks.

Oskar’s hope throughout his journey was that he would become closer to his father. However, he soon came to find that by doing this he was actually drawing further away from his mother, played by Sandra Bullock.

The movie is more so about the young boy’s mental journey than it is about the physical. During the movie, the viewer delves deeper into Oskar mind, as he remembers “the worst day.” His life before and after that worst day is heavily juxtaposed. Moviegoers learn about the many fears and phobias he now struggles with as a result of his father’s passing.

This Stephen Daldry movie was powerful. The heartfelt flashbacks were a frequent in the motion picture, revealing the happenings of the worst day. Foreboding nightmares pulled the heartstrings of viewers and could easily bring any of them to tears. The notable acting brought the movie’s themes of overcoming fears, grieving a loss, and becoming a man, to life. The impressive cinematography, lighting, and music grabbed spectators’ attention, and held it for every minute of the film.