Why do shows get cancelled? 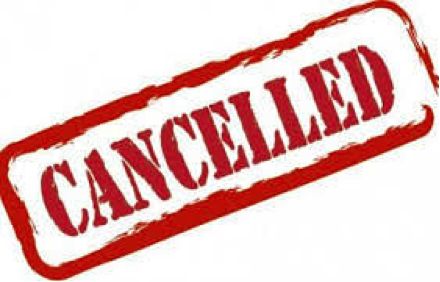 With viewers finding out if their favorite shows are being canceled or renewed for a new season, some are faced with bad news. Their favorite shows haven’t been renewed for another season and they will be left without answers. Hurt viewers often stop and wonder why this happens. Were people not watching it? Was the show not going anywhere? A few shows have sparked so much outrage at ending that petitions have been started, some successful enough to get a reboot or a movie. Those include shows like “Heroes” and the movie “Veronica Mars”. So, why do shows get cancelled?

It’s a common theory that shows get canceled because of lack of viewers but that’s not always true. Many shows with loyal followings such as “Parks and Recreation” stay on air for years even though they earn way less viewings then their canceled competitors. According to www.renewcanceltv.com, a show can get cancelled for more reasons than most think such as: low ratings, financial losses, conflicts, cast contracts, or bad reviews.

Conflicts and scandals are another huge reason for shows to get cancelled. Usually shows with conflicts can give individual actors the boot and move on. Scandals on the other hand a more likely to get a show canceled. Recent scandals come from “19 Kids and Counting” who recently had surface star Josh Duggar’s past molestations. Older shows that have dealt with this are Zoey 101 with star Jamie Lynn Spears getting pregnant at 16 and Here comes Honey Boo Boo star June Shannon allegedly entering a relationship with a child molester. Usually scandals cause so much public outrage that networks have to cancel them in order to stay popular.

Cast contracts are another reason for cancellation and are usually due to money problems, cast members outgrowing their parts, or interests in new projects. An example of this would be Nina Dobrev in the “Vampire Diaries”, opting not to sign up for a seventh season (although the show hasn’t been cancelled) in search of new projects. Starring cast members leaving can lead to a shows downfall because they are essentially supporting the shows.

Bad review’s aren’t as common as most think, but poor reviews can lead to the cancellation of a show. Viewers are highly influenced on what they hear from reviewers and what they say can cause viewers to stop watching the show. Newer shows like Blood and Oil and Scream Queens are examples of this. Viewers tend to lessen each week and those who do watch don’t make it through the whole episode. A review website called thewrap.com released harsh criticism of “Blood and Oil” saying it was the knockoff of “Dallas” you didn’t ask for. Reviews like this can cause viewers to think negatively of the show and to stop watching it.

Altogether, shows don’t get cancelled for a couple bad reviews, or a small audience, there are numerous reasons a show can get cancelled. What shows will be next? Usually shows release their renewal and cancellation picks in the fall, so if you there hasn’t been news about your favorite show yet, there most likely will be soon.