When Hope is Lost, Krampus Will Come 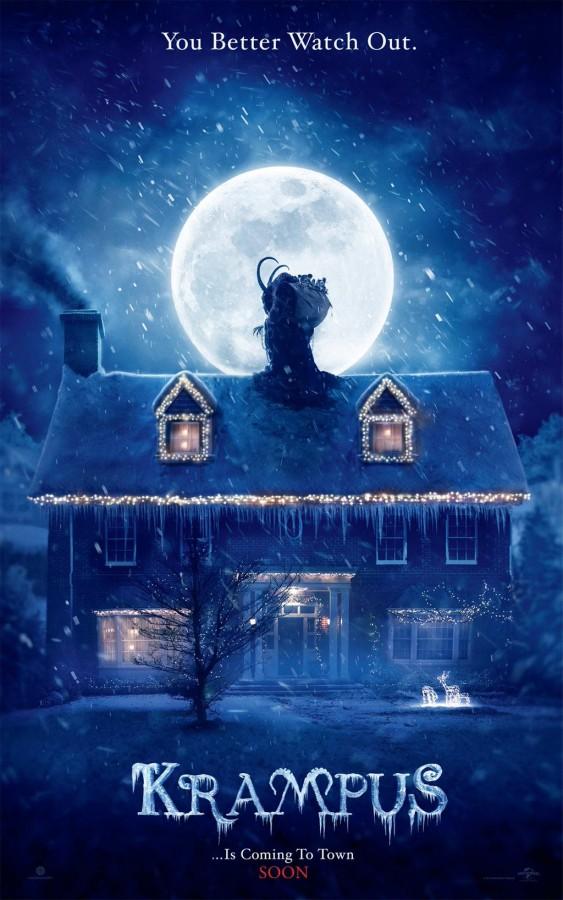 On December 4, 2015, Krampus was released in theatres, reimagining a German legend as a horror-comedy film. Starring some big-name actors such as Adam Scott, from NBC’s Parks and Recreation, Toni Collette, who starred in the show United States of Tara, and David Koechner from shows like The Office, you’d expect a well-executed plot line with strongly written characters. However, that is not what viewers got, resulting in the film receiving a 63% rating on Rotten Tomatoes.

Unfortunately for Krampus, its horror-comedy genre seems more like a cover up than an actual category. Some say it felt like it was intended to be horror but they had to call it comedy to save their ratings. It was cheesy and laughable – but not in the way they intended. The movie features weak special effects and confuses the audience, making them wonder if a scene is supposed to be funny or scary based on the monsters that appear, such as laughing gingerbread men, a life-sized jack in the box, and a bloodied angel doll. It felt as though the movie was struggling to balance between humorous horror and genuine horror.

The film has so far grossed $59.8 million, surpassing its $15 million budget. Though many came to see the movie, even more left confused and disappointed. One student, however, did not. Rory Chagnon (’16) saw Krampus with a group of friends in a late night showing and said she would definitely recommend it. When asked what she liked about it, she answered, “It was an emotional roller coaster. It had feeling, spoopiness, and humor. It kept me guessing. And the integration of folklore was flawless.” She even went on to state that there was nothing she would change about it.

In the end, one should avoid Krampus as a creature, and as a movie unless you’re going in prepared for a laugh.