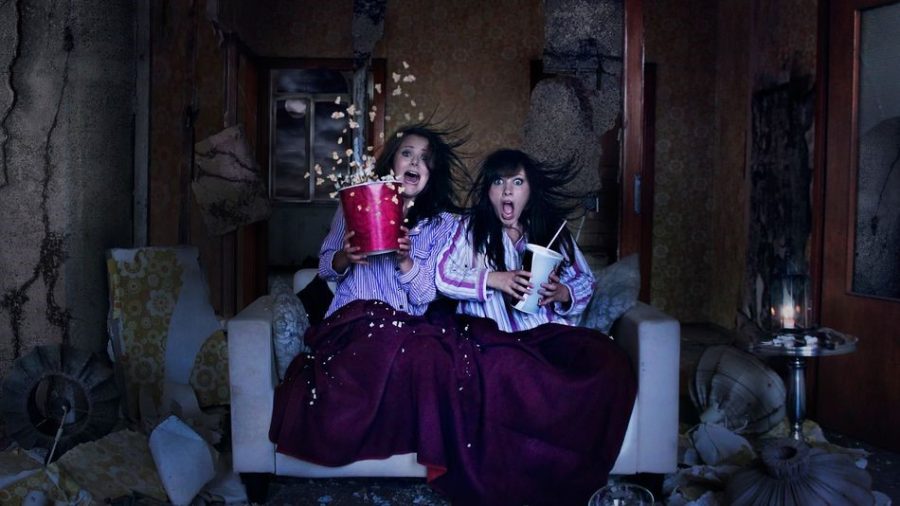 The hits of the 2016 box office are quite shocking. Instead of action and thriller titles like Sully or Jack Reacher: Never Go Back, the current leading hits are horror movies, which together have managed to conjure up a bone-chilling $575.4 million so far this year (just in time for Halloween). Moreover, some of the most successful films have been The Conjuring 2, which grossed $102.5 million and Fede Alvarez’ critically acclaimed Don’t Breath, which also earned an impressive $88.6 million respectively. Following those two hits, The Purge: Election Year experienced significant success, raking up $79 million at the box office. Additionally, the profits from Lights Out, The Witch, and The Forest collectively summed up to $119 million. So overall, to say that it was a good year for horror is a bit of an understatement.

That being said, the genre experienced it’s biggest year in 2013 with title-hits such as World War Z, which enjoyed an astonishing $202.4 million and the first Conjuring, which stormed up $137.4 million. Ultimately by the end of that year, all of the profits from the horror genre alone managed to total a jaw dropping $860 million. “I wasn’t aware of how much horror movies made in the box office. I’m actually quite shocked to find out the total from 2013,” shared Symone Coates (17’).  According to Paul Dergarabedian, the senior media analyst for ComScore.com, “Of this year’s 10 highest earners in the genre, six have “fresh” scores of 75% or higher on review aggregate site RottenTomatoes.com. By comparison, only three did last year.” Conclusively, this year is looking pretty promising for the genre, as many of the movies have introduced new ideas that have auspiciously pleased critics.

Some horror movies that are currently in theatres include Ouija: Origin of Evil, which offers a bloodcurdling goodtime with lots of jump scares and creepy imagery. Additionally, Don’t Breathe masterfully blends the elements of the horror and thriller genres to build nail-biting suspense in a plot that mixes up the formula revolving around a realistic home-invasion scenario. “Don’t Breathe was personally one of my favorite movies of the year. It was really intense and never let up,” Zach Jenkins (17’) added. Contrastingly, Godzilla: Resurgence nostalgically revamps the overtop fictional creature feature subgenre that was prominent in the 1950s and 60s. Conclusively, he last film on this list, Boo! A Madea Halloween, is perfect for those feeling both spooky and silly as it is an all-around fun horror-themed comedy.

And if the aforementioned flicks are not enticing enough, there are a myriad of other horror films that are great to watch around this time. “Every Halloween, I always have to watch the Pumpkinhead and Child’s Play movies,” expressed Jaden Crutchfield (17’). All in all, whether it’s an obscure title, a classic, or a modern hit, it’s important to get into the holiday spirit. On that note, go get some candy, light up the fireplace, dim the lights and go watch some frightening flicks!