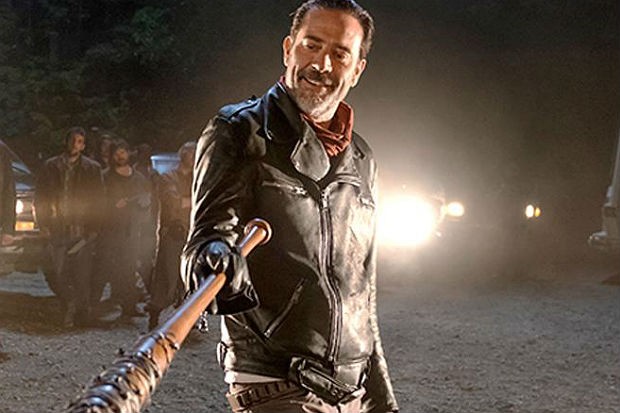 The season 7 premiere of “The Walking Dead” aired at its regular time of 9 p.m, October 23rd.  This season premiere was highly anticipated and by far the most intense after last season was left on a cliffhanger. Fans were left to wonder all summer about who was going to be killed by the new villain of the series, Negan, played by Jeffrey Dean Morgan. For people who have read the comics, the deaths of two important characters wouldn’t be a surprise. Robert Kirkman, the executive producer and creator of the comic series, does a superb job in creating the show to be an exact mirror of the comics. “I’ve always loved zombie movies but I hated how they ended, and so I wanted to do the zombie movie that never ends,” Kirkman said to The Guardian. “I think watching people survive over a long period of time, finding food, making relationships, trying to maintain those relationships in the face of a zombie apocalypse would be something that would be fun to explore as a storyteller for many, many, many years.”

After a protracted opening, the show finally ended the suspense, eventually revealing to viewers who died. The episode followed Rick and his reaction to Negan’s attack on his group. Rick reflected on the loss of two important members of his group, which left Rick and viewers stunned. Negan’s bat-wielding demonstration shook Rick and his group into sharing their supplies with Negan and his followers. Negan’s authority left the program regulars with mixed feelings about the season. “I was so shocked because I didn’t expect Glenn to die too,” said Shelby Hodges (12th). “When Abraham died I was kind of sad but with Glenn I was livid. I went to bed sad last night.” Once the premiere was over, viewers were left wondering what made Negan the way he is today. Flashbacks are common in “The Walking Dead,” because it shows what can happen mentally to a person when they lose everything. People are intrigued because like former villain, The Governor, and his past, there has to be a reason for Negan’s psychotic nature.

This show has become such a phenomenon that “The Walking Dead” has millions of viewers all over the world and the show is consistently among worldwide trending topics on Sunday nights at 9.pm. The after-show, called “Talking Dead,” is devoted to weekly analysis of the drama that preceded it in a talk-show fashion.