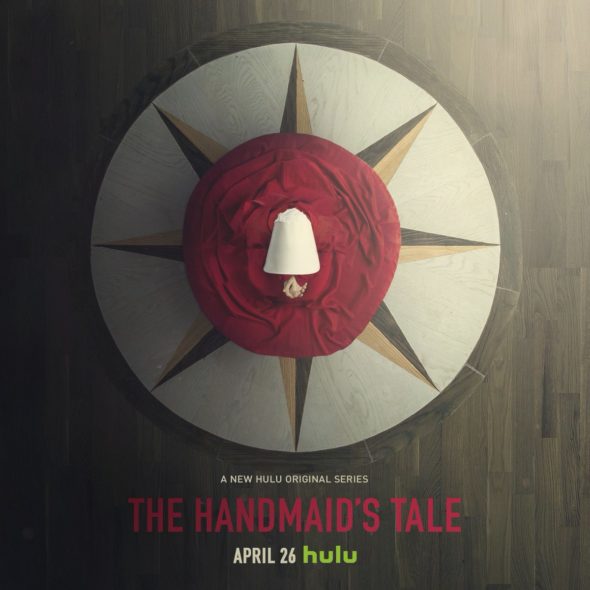 The Handmaid’s Tale, a chilling representation of a dystopian world run by men, has been adapted into a series on Hulu. Based off the 1985 Margaret Atwood novel, The Handmaid’s Tale brings the horror and trauma of the book alive. Elisabeth Moss, a former Mad Men co-star, plays Offred, a baby-making slave in the Republic of Gilead, which is what part of the United States has become after a fertility crisis and a theocratic coup. It is set in a near future that looks like the 1600s.

The story follows Offred, who is fleeing law enforcement with her husband and daughter, but fails to do so. She is separated from her daughter and taken to training to become a breeding stock for

couples who cannot bare children. Offred had another name, but she is forbidden to use that name as she is property to her “commander,” Fred Waterford. Her days are spent being locked in her room, running errands, and performing in “ceremony” nights, where she is forced to be an unwilling participant in sexual activities. In the newly found country, same-sex marriage and women’s rights are illegal, and if broken, will lead to death.

president and immediately took action to change the system. The rituals women must go though, Bilhah and Rachel, are borrowed from biblical stories. They represent Offred, and other women, as nothing more than a womb. Even the uniforms worn by the women reflect their place in society: formless red dresses and face-covering bonnets to indicate fertile women, while the married women wear blue uniforms to represent infertility.

Fans of the show saw similarities in the current government and started making comical, but frightening, memes after The House Republicans made their decision to discriminate against women’s healthcare. The House Republicans finally voted through legislation that would repeal the Affordable Care Act (ACA), replacing it with a bill that would make feminine conditions like pregnancy, postpartum depression, and rape “pre-existing” conditions. This could put women,

and many others, at risk of being denied coverage or having to pay higher premiums that Obamacare previously banned. “Women would now have to work harder just to get healthcare, and what’s even more sad is that we still don’t have equal pay. What do they expect from us? Why are women always targeted? No matter how hard we try to move forward, they push us back. To be honest, 2017 is the perfect year to adapt The Handmaid’s Tale. It’s ironic and scary,” said Deonna Young (12). Like The Handmaid’s Tale, the re-oppression of women started with taking away their rights little by little. Women’s bank accounts were drained, then they were fired, then policies were taken away from them. They stripped them from their status as equal citizens before they even had a chance to fight back. People also spoke on how only men with no knowledge of the poor and women, made decisions that affect women and the poor.