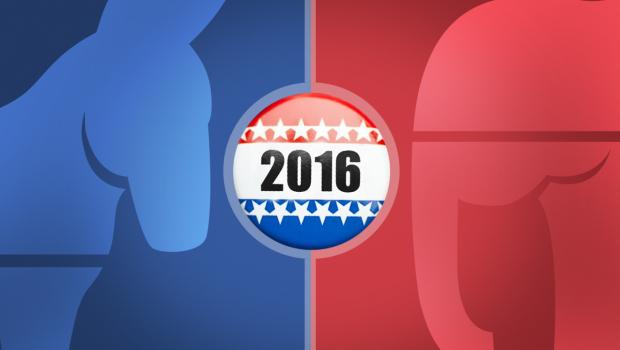 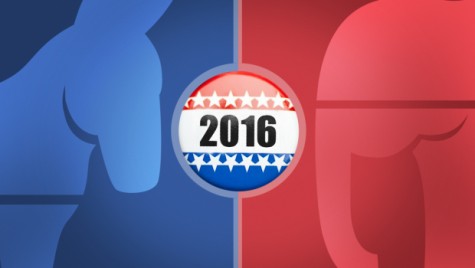 The 2016 Presidential election is starting early with more than a dozen Democrats and a handful of Republicans running for president, the candidates have started making appearances in primary states, and receiving money from donors to aid in their campaign. As of September 5th, 2015 according to CNN News Hillary Clinton stands in the lead of the 2016 presidential election with 37% in polls. Hillary Clinton is the lead candidate for the Democratic Party, with Bernie Sanders following behind with 27%. Standing first in the Republican Party is Donald Trump with 32%.
To understand why Clinton is doing so well, I visited the New York Times’ website to see what they had to say. In his article, Donald Trump finds Defenders and Detractors among conservatives, Jeremy Peters from NY Times said, “For some social and religious conservatives, Donald Trump’s Manhattan lifestyle, his celebration of decadence, his lack of humility and religiosity make him seem alien to their lives and their values.” Not being able to connect with the conservatives puts Trump at a huge disadvantage. Trump also doesn’t have favor with Hispanics because of the way he addresses immigration policy, in his article, Poll: Clinton has a big lead on Hispanics, Nick Gass from Politico said, “On Donald Trump, a solid majority of Hispanic voters — 79 percent — said they found the billionaire businessman’s comments on immigration offensive, and 71 percent hold an unfavorable opinion of him.” This paired with the fact that, “Among registered Democratic Hispanic voters, 73 percent said they would vote for Clinton. No other challenger breaks double digits.”
Another reason Clinton is doing so well is from a money aspect. Coming in second for the most money raised so far in the election according to the NY Times as of Aug 1st 2015, Clinton has raised 67.8 million dollars towards her campaign. The presidential candidate who has raised the most money so far is Jeb Bush from the Republican Party. Bush has raised 120 million dollars towards his campaign and stands 3rd in the Republican Party polls, and 5th in overall polls with 9%.
Clinton, being part of the Democratic Party, has more liberal views than Trump. She agrees that abortion is a woman’s right, that work places should legally be required to hire women and minorities, that same sex marriage is a right, and that voter registration should be easier. She disagrees that EPA regulations are too restrictive and that we should keep God in the public sphere.
Trump, being part of the Republican Party, takes on more conservative views. He does not think that work places should not legally be required to hire women and minorities, or that same sex marriage is a right, and is against abortion. He does agree that we should keep God in the public sphere and that EPA regulations are too strong.
These are the opinions of the lead presidential candidates running for the 2016 election. Who do you agree with? Whoever wins will have a huge impact on the upcoming years. For example the Obama administration, major changes were made in health care and, same sex marriage rights, among many other things. These Candidates plan to make major changes, so no matter who is president major changes will be made.