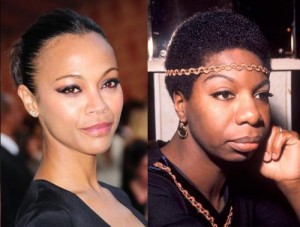 On March 3, the trailer for Nina Simone’s biopic named “Nina” was released. News about the movie was heard in late 2015 but caused an outrage in the black community because of the casting. Actress, Zoe Saldana, whom you may have seen in popular Sci-Fi movie “Avatar,” was said to be Nina Simone, and for the role she underwent a fake nose, skin darkening and a wig, which many people labeled doing “blackface.” Saldana is rather pale and skinnier compared to Nina Simone, which sparked the first set of confusion. Then it was released that to play her, she had to undergo serious changes with her features. Why would the director go through so much struggle when there are actresses out there who are naturally born with these features? Why is Hollywood acting as if there are no qualified, dark-skinned women to play the part of Nina Simone? These were the questions asked by many people who found this as an on-going problem in Hollywood.

Nina Simone was celebrated for being a successful, thick, dark-skinned singer in the 50’s, 60’s, and 70’s, which was very uncommon. Nina Simone’s brother, Sam Waymon, told the Daily News that using Saldana in “what we consider black face” to match the Civil Rights-era soul singer in the film, “Nina,” was an “outrage.” “What made Nina Simone my hero is that I had never seen anyone in the public eye who 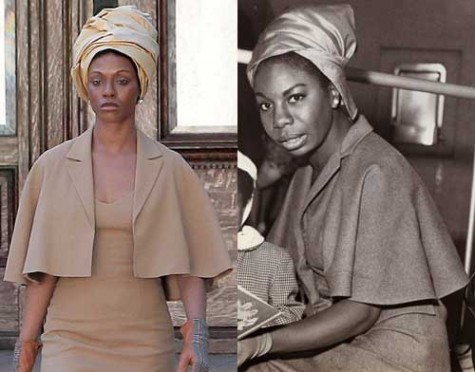 looked anything like me at all, ever. When you think about the way that we as human beings can inspire each other by being able to be our authentic selves, to deny someone who looks like Nina Simone the opportunity to play her is sad. It would have been important and impactful had they made a movie about Nina Simone where the actress really looked like her. It would have changed someone’s life, I think. She changed my life just by looking the way she looked,” African American Grammy winner and actress Indie Arie said in her recent interview with The Hollywood Reporter.

The controversy caused a rather valid argument. While some are saying its “blackface,” others aren’t because Saldana is Dominican, Puerto Rican, and Haitian. She considers herself Afro-Latino. “Let’s not be confused, Zoe Saldana is of African descent. Do you know what you’re really fighting for? I don’t know if you really get it. The bottom line is can she play Nina Simone and pull it off,” Queen Latifah said during her interview with HipHollywood, then added, “I support Zoe. I think she’s a brilliant actress and I think she is going to do a great job.”

Robert Downey, Jr., who did blackface for his movie “Tropical Thunder,” which even got him an Oscar nomination, didn’t seem to get as much backlash as Zoe Saldana. Why? Could they have gotten a black actor to play Robert Downey, Jr.’s role? Yes. Could they have gotten a darker more resembled actress to play Nina Simone? Yes. But why are people getting mad now when this has been going on for a while in Hollywood?