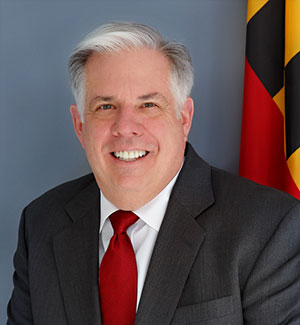 Governor Larry Hogan has announced the administration’s 2017 Student Debt and Tuition Relief Initiative. Governor Hogan made the announcement at the University of Maryland on January 10.

The governor’s proposal includes legislation to make targeted investments in priority projects at Maryland’s higher education institutions, student debt interest payments tax-deductible for all Marylanders earning less than $200,000 per year, and provide funding to cap tuition growth at Maryland colleges and universities at a maximum of two percent.“Having a college education is more important now than ever before, but the harsh reality many face today is that earning a college degree often goes hand-in-hand with accumulating crippling college debt,” said Governor Hogan. “We believe that our new Student Debt and Tuition Relief Initiatives will provide much-needed relief from student loan debt, and will help us continue to make college in Maryland more affordable.”

The Student Debt Relief Act of 2017 proposes for the vast majority of Marylanders to be able to deduct 100 percent of the interest paid on their student loan debt from their income tax return. Beginning in 2018, Marylanders making less than $200,000 and couples making less than a combined $250,000 per year will not pay any Maryland income tax on their student loan interest payments. This proposal is expected to save Marylanders, many of whom are currently struggling to pay off college debt, $20 million each year.

In the Tuition Relief Initiative, Governor Hogan announced that the state would partner with Maryland universities that requested to raise tuition by as much as five percent in 2017 to invest an additional $17.5 million dollars to allow 14 Maryland colleges and universities to cap tuition growth at two percent, including all 12 University System of Maryland institutions, as well as Morgan State University and St. Mary’s College. Governor Hogan also announced this plan to make Maryland’s public colleges and universities more affordable by providing major tuition relief for the second year in a row.