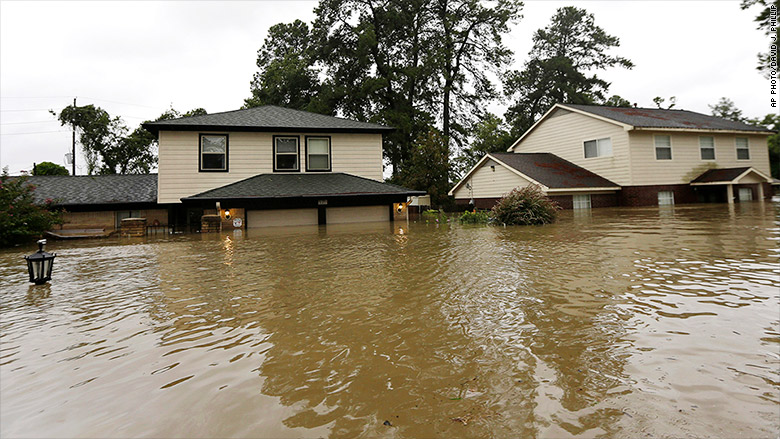 Thousands of water rescues were made throughout the Houston metro area.

Hurricane Harvey may be over, but the devastation it caused surely isn’t. Efforts to clean up are currently underway as southeast Texas and parts of Louisiana were hit with the violent storm.

Hurricane Harvey may have hit the U.S mainland nearly a month ago, but the effects of it can still be felt. With an estimated $190 billion worth of damages according to USA Today, it’s the most costly natural disaster in the history of the United States. The cost of the damages caused by Hurricanes Katrina and Sandy are equal to the cost of Harvey alone. Parts of Houston, Texas, the fourth largest city in the US, have become inhabitable due to the water damage and mold the flooding caused. “When I saw the hurricane on T.V, I almost couldn’t believe it. How could a storm be so destructive to a city? I still think it’s crazy and such an awful thing to happen,” freshman  Mike Cunningham says about the hurricane’s destruction. Although Houston was the area most affected by Harvey, they aren’t the only ones. Parts of Louisiana, Mississippi, Arkansas, Tennessee, Alabama and Kentucky also received some rainfall as the storm was dying off. Many of these areas went under tornado watch as the remnants of the hurricane progressed towards the northeast. Even more of them suffered flash flooding. Harvey was the longest hurricane to remain a storm after reaching landfall for 117 hours. “For a storm to go on for 117 hours, it must have been very powerful,” sophomore Clifton Crosby said about Harvey. “I hope everyone was okay,” Crosby added.

Harvey has left a big scar on the city of Houston and surrounding areas. Although clean up has started, it will be a very long process. Celebrities and athletes have donated millions of dollars to help in relief efforts. Even though there is still a long way to go, a lot of progress has been made and the areas affected by this tragedy are slowly but surely being restored and given new light.