A Look at Immigration 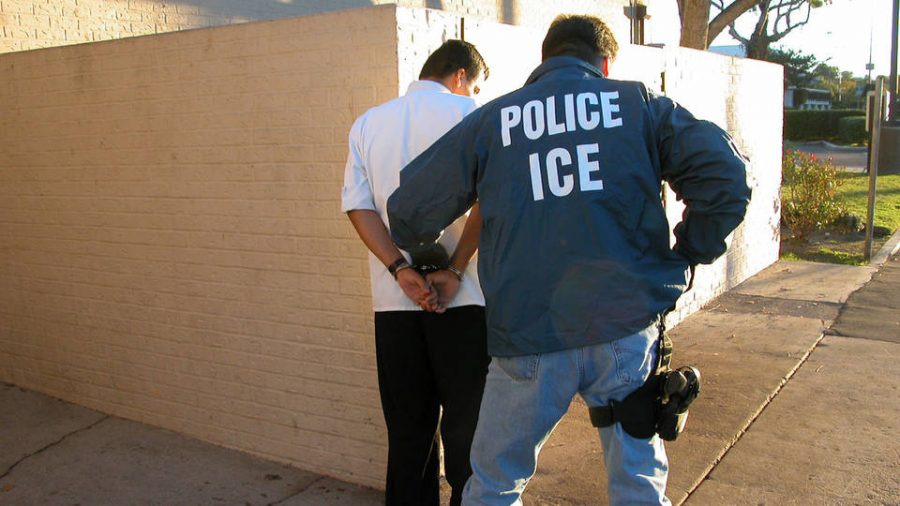 An ICE police officer arrests a man known to be an illegal immigrant outside his house in Pasadena, CA

Within the last 18 years, it would seem that immigration has become a hot button issue that millions of Americans base their vote solely on. However, this may not be the case because several Gallup polls reveal that an American’s desire to tighten or loosen legislation on immigration hit a peak in 1995 with 66% of voters listing immigration as their top issue. Today only 25-35% of those polled said their number one issue is immigration reform. This is curious because the current president ran on a campaign that preached stricter immigration legislation and execution. These promises were somewhat hollow however, with ICE (Immigration & Customs Enforcement) raids and deportations under Trump being less than Obama’s lightest year of deportations. President Obama deported over 350,000 immigrants each year for his first four years, then deported a record-high 400,000 illegal aliens before scaling back his next three years to under 250,000 per year. Obama’s least amount of deportations in any one year was 2015, with roughly 235,000 deportations, but Trump’s first year only yielded 226,000. Even with empty promises to his core constituents, “The Wall” is something that President Trump is still gunning for. He even said he would support a bill that would allow “dreamers”, those brought onto American soil early in life, to continue to be safe from deportation if there was a provision for funding for his border wall.

Mitch McConnell, Senate Majority Leader, has given congress one week to settle the government-shutting-down debate on immigration. There are currently 690,000 unauthorized immigrants facing the loss of their protections from deportation under DACA (The Deferred Action for Childhood Arrivals Program). In this week, McConnell is expected to have each side introduce amendments to build an immigration bill from scratch or he will reveal an amendment that possibly represents a compromise. As of now, the Republicans will not budge on the implementation of a new system that gets rid of DACA and replaces it with a new way of finding quality migrants for the country. The Democrats will not budge on a provision that keeps DACA, and the president will not sign any bill without his precious wall on it, meaning the senate and house must agree so much so that they can override his veto.

Senior Noah Santimays reacted, saying “Immigration is some people’s only hope… we need to keep ourselves open to being a safe haven to many” and fellow senior Marc Mendoza chimed in, commenting “America is a place of hope for millions, we need to look more hopeful, not less.” We will soon see which force of will wins out, but it could possibly lead to the most productive talks on immigration that the country has had since the panic and fear of migrants in the late 90’s.