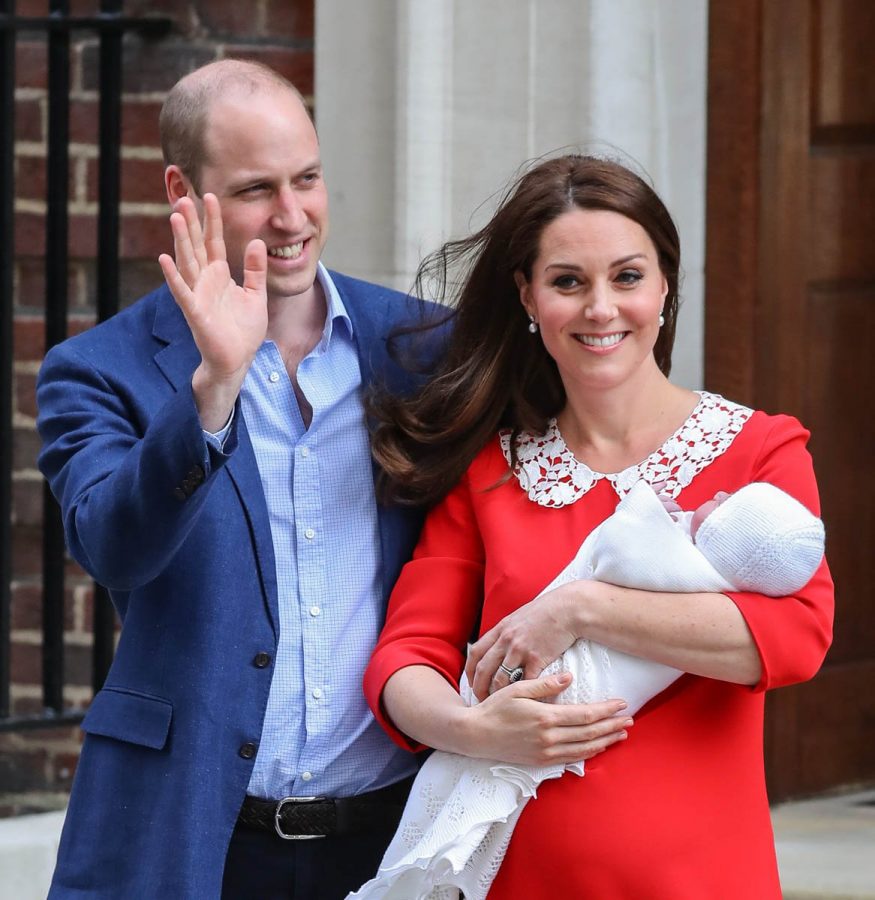 Prince George and Princess Charlotte both became older siblings on April 21, 2018, when the Duke and Duchess of Cambridge, William and Kate, gave birth to their highly anticipated royal newborn baby. The buzz around Kate’s baby bump had the world on the edge of their seats, anxious to welcome the new royal baby. Senior Ashlie Dawkins was equally excited as the rest of the public to finally meet the newborn. She says she’s “more than happy to finally see the pictures floating about.” This is the royal family’s 3rd child, behind Prince George and Princess Charlotte of Cambridge. The little one will officially become 5th in line for the royal throne behind his siblings.

The historic day came to be when the couple’s Kensington Palace office announced that Kate and William had arrived at a private maternity wing at St. Mary’s Hospital in Paddington, London. A statement from Kensington Palace was released at 11am on Friday morning, prior to the baby’s birth, saying, “The Duke and Duchess of Cambridge are delighted to announce that they have named their son Louis Arthur Charles in honor of their beloved great-uncle, Louis Mountbatten.

His Royal Highness was a healthy 8 pounds and 7 ounces. Just 7 hours later, the duchess and her prince both stepped out with their bundle of joy in hand to introduce him to the public. 12th grader Maya Miller says she’s confident Louis “will be as great a prince as his father.” Like many others, she’s excited to see the little Louis grow up to be an honorable man.

To honor and celebrate the birth of Royal Louis, besides an international “Congrats” from the public, a “pealing of bells” occurred at Westminster Abbey, along with a ceremonial gun salute in London’s Hyde Park.