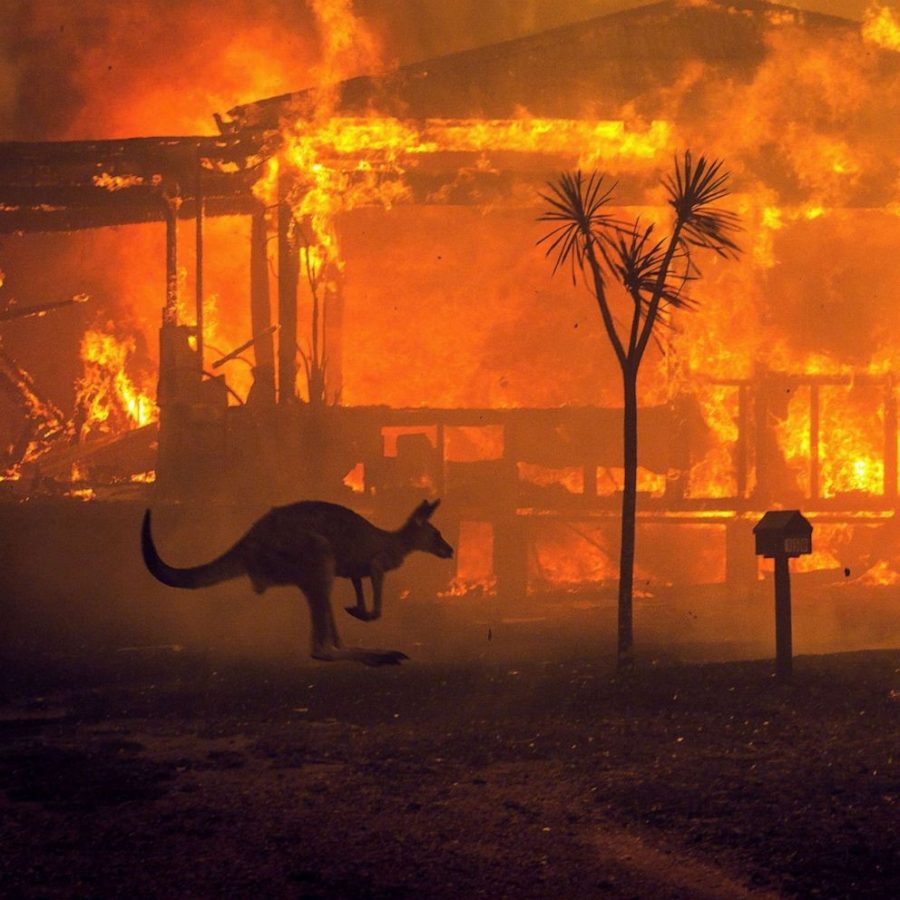 There was more than 15 million acres of land burned due to the large fires in Australia. For comparison, it’s about seven times the amount of the 2019 Amazon Rain forest fires. At least 24 people died due to the terrible fires. The koala species has lost an estimated 8,000 in the fire. Around 1,300 homes and buildings were destroyed. Up until about the beginning of January 2020, this natural disaster was getting almost no coverage. Australia had been burning and no one was being informed. The air quality in many parts of Australia had dropped to dangerous levels which caused many people to need to evacuate their homes and land.

Chris Dickman, a professor from the University of Sydney has estimated that about 480 million animals died across New South Wales. The air quality in Sydney is so poor that it was measured at 11 times the hazardous level. Australia during the summer (bush fire season) is extremely hot and dry, which makes it easy for fires to spread. The higher the temperature, the more likely it is for the fire to persist and burn even more land. These fires can be man-made or natural, such as if lightning were to strike.

Man-made fires have sprung up since the police in Australia have accused about 24 people of intentionally starting bush fires, making the already bad season even worse. New South Wales has what it assumed to be the worst of the bush fire season, ranging from poor air quality, to being a center where the NSW police have apparently taken legal action against 183 people for fire-related offenses. The NSW police had reported that they have charged around 24 people for intentionally starting bush fires.

Large donations have been made towards the many charities to help firefighters, raise awareness, animals, shelter for people, food, and more. Chris Hemsworth, an actor, has donated $1 million to help combat bush fires. Famous singer, Elton John, has also donated $1 million towards victims of the bush fires. Celeste Barber, a comedian, has helped to raise over $32 million towards the NSW Rural Fire Service. Selena Gomez, a singer, actress and songwriter, has donated $3 million to help fight the bush fires in Australia. There are hundreds of more donors as well.

The bush fire crisis is ongoing, and the donation services are still open. Australian’s were happy to announce the gift of rain but fires still persisted, and people were still urged to donate towards helping bring back Australia’s state of wellness.