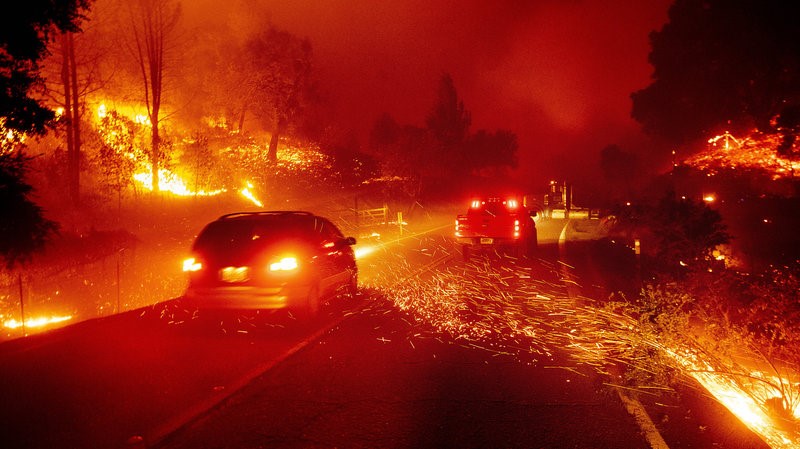 The Kincade wildfire currently in Sonoma County, California started northeast of Geyserville at 9:24 P.M. on October 23, 2019. 76,825 acres of land have been burned so far. Fire threats still remained to over 90,000 structures. About 30% of the fire was contained but that won’t stop future damage. Evacuation notices were given through Sonoma County, Healdsburg, and Windsor. Three million people were left without power and strong winds encouraged the fire’s behavior to spiral into an even worse state.

The origin of the fire was in The Geysers on October 23, 2019. However, the cause of the fire is unknown. It is thought to be started after a high voltage PG&E transmission line malfunctioned near the point of origin. According to the California Fire LNU Unit, the fire was expected to be fully contained by November 7, 2019. The California Fire LNU Unit reported 206 buildings being destroyed and 40 being damaged.

There has been a $500,000 donation to first responders made by John Cena, an American Professional Wrestler. John Cena had released a video on Twitter explaining his decision and stating that “Right now, California is in dire straits. It is burning. It is under siege from massive wildfires statewide, which means that our first responders are working around the clock and they need our help.” Cena had also stated that this was “the right thing to do.”