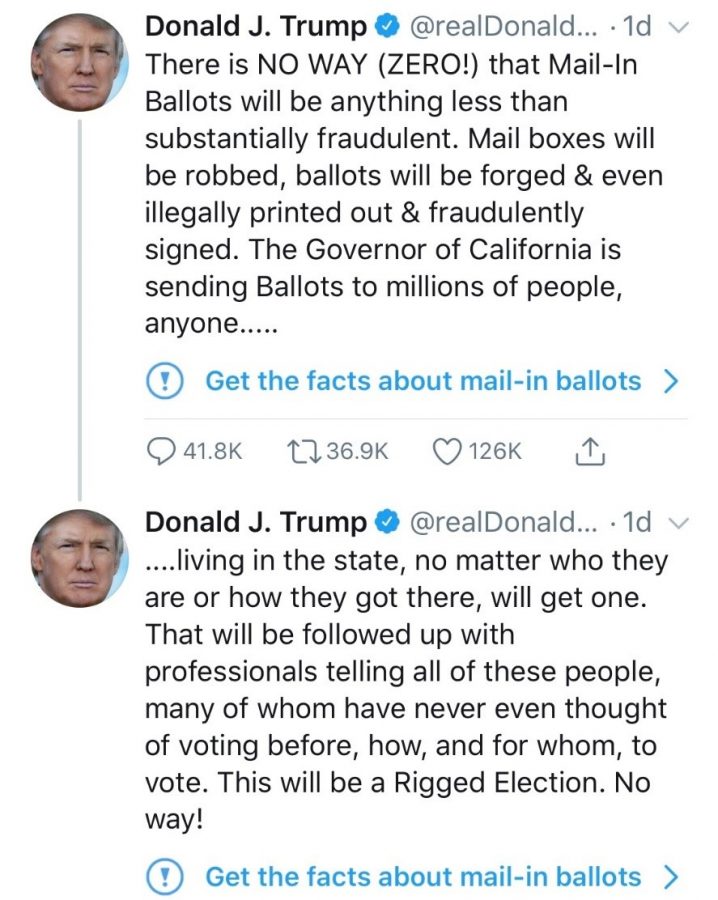 Even if you don’t follow President Trump on Twitter, you’ve most likely heard or read about one of his 17,000+ tweets during his presidency. A pair of his most famous 20+ tweets from May 26, 2020 focused on his report that the “Governor of California was sending ballots to millions of people.”  His usual slightly annoyed tone and sporadic use of caps were present, yet this tweet was much different. And in his eyes Twitter was to blame and there would be “big action to follow.”  See excerpts from his tweets below:

“There is NO WAY (ZERO!) that Mail-in Ballots will be anything less than substantially fraudulent. Mailboxes will be robbed, ballots will be forged & and even illegally printed out & fraudulently signed.”

“Twitter has now shown that everything we have been saying about them (and their other compatriots) is correct. Big action to follow!”

On May 26, Twitter took a bold stance and decided to apply their new fact checking label, initially intended to combat misinformation related to COVID-19, to Trump’s tweets. In the past, the label had been linked to medical authorities’ information. It was now suggesting that the President’s tweets contained potentially misleading information. The fact checking label links readers to various news outlets for additional mail-in ballot facts and context.

The Twitter “What you need to know” fact check in short stated that there’s no evidence that mail-in ballots are fraudulent, ballots will only be received by registered voters, and five states already vote entirely by mail. Evidence was also presented that Trump himself voted by mail in the Florida primary.

Although the President’s legal authority is unclear, his threats to strongly regulate social media platforms are clear as he signs executive order to remove liability protection for social media platforms censoring activity. Meanwhile, the largest social media site in the world, Facebook’s Mike Zuckerberg has chimed in to say, ‘Private companies shouldn’t be the arbiter of truth of everything that people say online’.

“To announce that there must be no criticism of the President, or that we are to stand by the President, right or wrong, is not only unpatriotic and servile, but is morally treasonable to the American public.” Theodore Roosevelt