Take it to the Mat 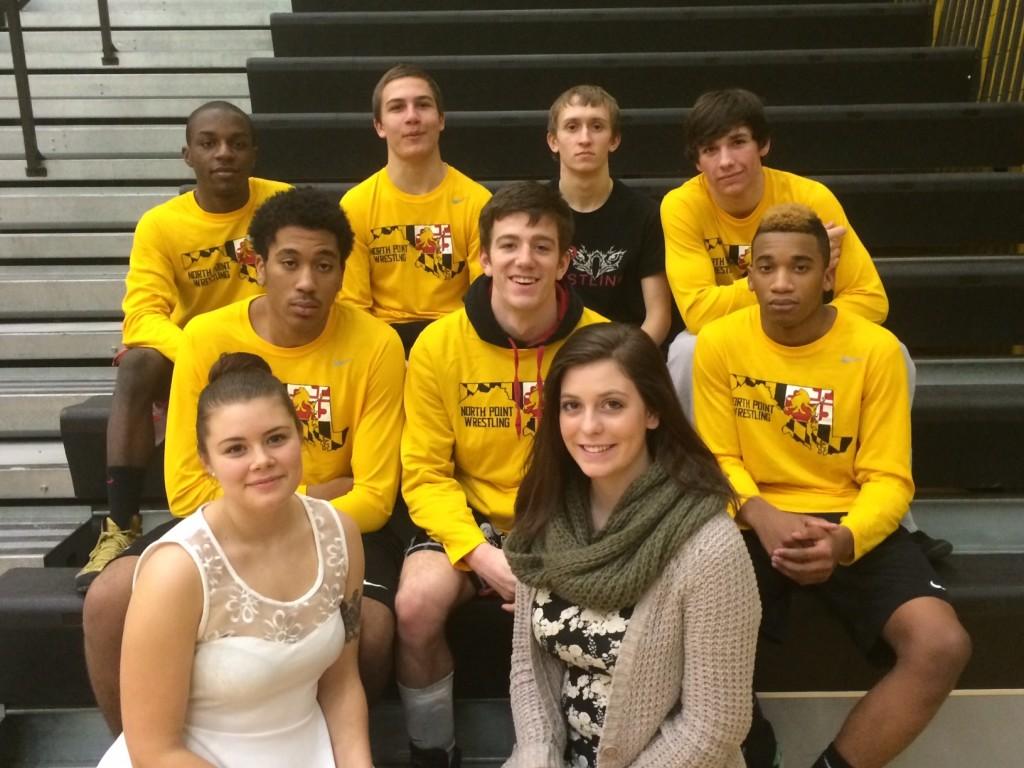 We are North Point! Senior night for boys wrestling was yet another great night for North Point. The team is one whole family, and the underclassmen look up to the seniors. Most members, it being there fourth year, are sad to leave yet excited to start the new life that awaits them. Wrestlers are not just in it for themselves; they cheer for their teammates and always show support. The favorite part of wrestling is the matches; getting the adrenalin kick and getting in the zone.

Why do they wrestle? JustinI Ownuegbuivenguy (’14) says, “I just want to be able to do something other people couldn’t do. For example, every year we start off with around 60 people and it cuts down to 30 people all together.” Clayton Vermillion (’14) explains, “One day after school me and a couple of friends were bored, and we went to open mat and we stayed freshmen year and that’s been it ever since.”

Tyler Morgan (’14) says, “It’s fun to do, it’s challenging, it’s hard to learn all the moves first off and when you go up against someone pretty good it’s fun to test yourself.” All wrestlers had wonderful things to say about their coach. Vermillion (’14) says, “He was the best coach of the state a year or two ago for a reason.” Sam Woodburn (’14) says, “I like him he is a good coach he can be tough on you sometimes but it’s just to help you.”

What is the team without managers? Wrestling managers are,  Alexis Gibson (’14) and Shelby Kuniewski (’14). Gibson (’14) has put in four years of time and dedication to this team. “At first it was awkward being the only girl but then you get used to it and the guys are nice to me now.”  Kuniewski (’14) “This is my first season; I wanted to do it so I can be with friends. My favorite part is watching the intense moments, watching the very last seconds to make sure there is a north point win.” Wrestling is not just a friendly competition to them all, but a way to express themselves on the mat.