Chalking It Up To Experience 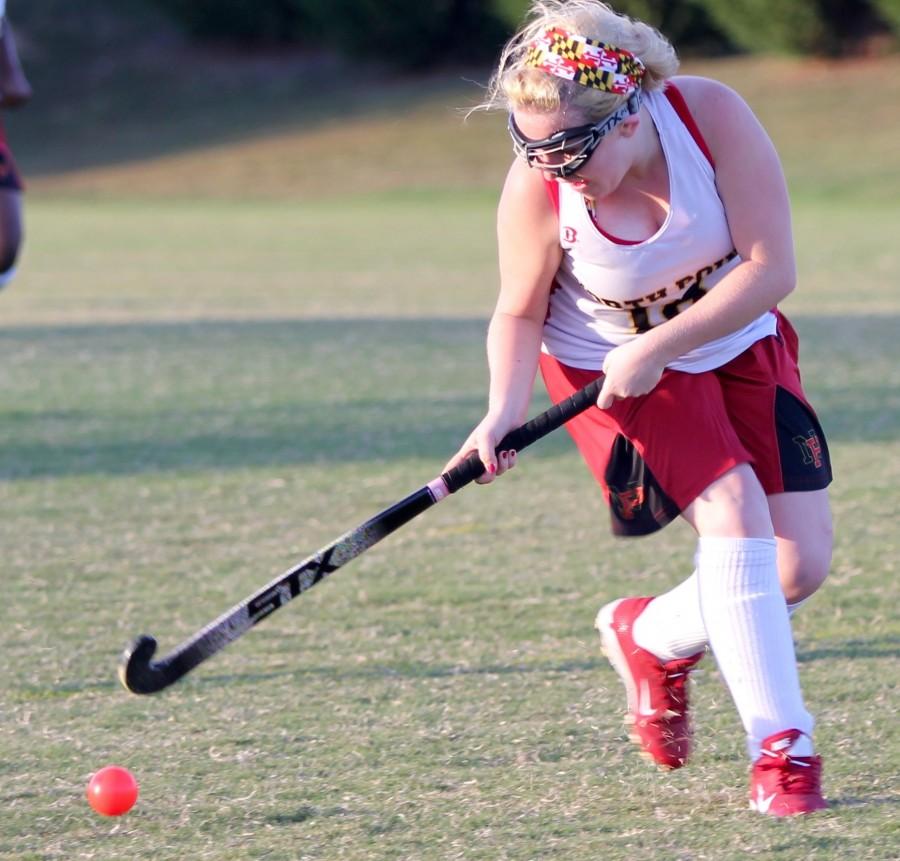 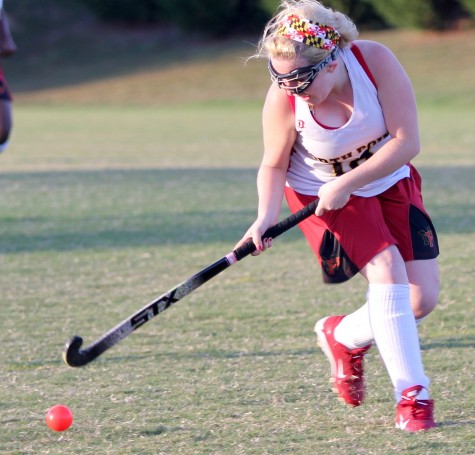 Many people often view field hockey as one of the lesser known sports, however, those who overlook the unique sport also miss the strength of character exhibited in its players, regardless of winning or losing. For Jensen Conklin (17’), last Friday yielded a tough game against the Chopticon Braves on their home turf. However, being the third game of the season, Jensen and her teammates knew that the experience would be positive, regardless of the outcome. If they won, they’d add another “w” to their season record, but if they lost, the team would simply chalk it up to experience. At least, this was the mentality Conklin (17’) projected after the game. “At the start, we knew Chopticon was going to be really tough but we went into the game with a positive attitude and an open mind. As a forward, I was really nervous because my defender was pressing up against me the entire time. I couldn’t go anywhere without her trailing me. They had a very aggressive defense but in the end it helped us out because we had to work against the challenge. With the first quarter starting extremely slow, we powered through the second, getting a better feel for Chopticon who are known to be extremely tough! We used the first quarter to fuel us into going stronger and harder on Chopticon the second half. We used everything coach told us during halftime and made some changes. In the end, we lost, but we are pleased with how we played as a team. Overall, I think this will motivate us to work harder during practice so we can win our upcoming games.” Said Conklin (17’). While the end of the game yielded a decisive 4-0 victory for the Braves, the girls’ loss did not go without a lesson—don’t let past mistakes prohibit future successes. As for Conklin (17’), keeping this mentality is vital to the wellness of not only herself, but her teammates’ performances. Moving on, the girls look forward to representing their school in their upcoming games, with Leonardtown being their next matchup on the 18th at home.