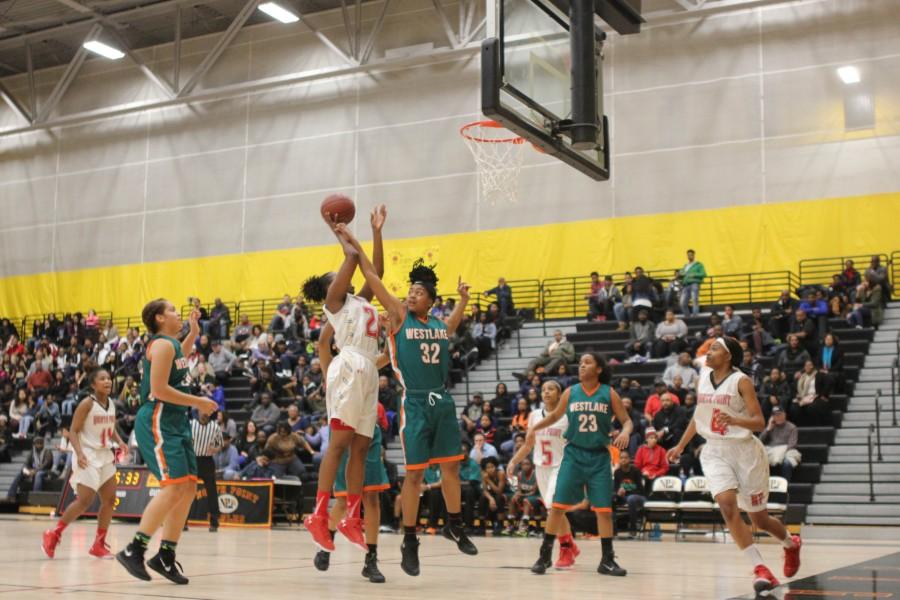 On February 19th the Girls basketball team got their 20th win of the season against Westlake. The pre-game was thrilling, the crowd was hyped up and ready to see the girls demolish Westlake. Since it was senior night, all the senior girls, Amiya King, Sabrina Satchell, Janae Ward, Deona Lane, and Ciara Bryson, walked through the eagle, and then lined up to get their recognition.
The game was dominated by the girls with them winning by over 20 points. The final score was 79 – 56. There might have been some good luck for the girls during the game, specifically for Kiaura Lee (‘17), since it was her birthday. Overall, the game was fun to watch and really showed how skilled the girls are.
The girls have had a great season this year and this game just added to their amazing record. Their overall record for the season this year is 21 wins and 2 losses, and they also claimed the titles of Potomac Division and S.M.A.C. Champions last week. One of their losses was to Chopticon High School, but the girls will have a rematch during Sectional Finals, which will be held at North Point, Thursday March 3rd at 6:30pm. UPDATE: The girls defeated Chopticon 51-34 to claim the Sectional Championship. They will play next in the Regional Final at Old Mill High School in Anne Arundel County on Saturday 3/5. Tip-off will be at 6:30 pm.