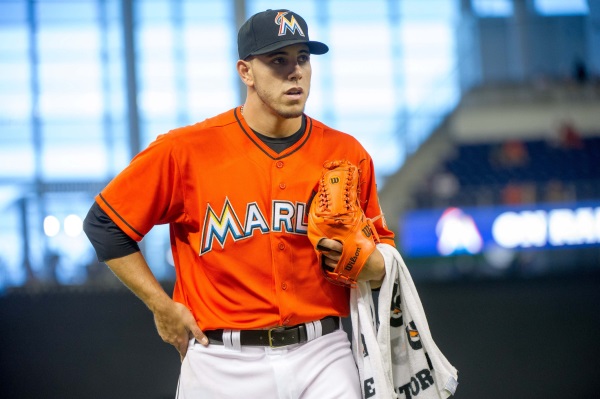 Nick Adenhart, Harry Aggans, Greg Halman, and Lyman Bostock. These were four pitchers who were absolutely amazing when they first started their careers. Unfortunately, these pitchers lost their lives at such a young age. Jose Fernandez was the latest member to be added to that list. Jose Fernandez, pitcher for the Miami Marlins, passed away on September 26, 2016 in Miami Beach, Florida. Fernandez’s body was found on the rocks after the boat he was on crashed into a rock. His loss hit the Miami community, his friends and family, and people worldwide. The game the next day was cancelled for the Marlins. It was too much for the Marlins and people who knew #16. But Fernandez was more than a ballplayer. He was a role model and a great person to be around. Fernandez was a respectful man who carried himself in a great way. I know a lot of baseball players here locally that talked about how great he was. “He was an amazing pitcher.” “His fastball was devastating to left handed batters.” Some ballplayers who are pitchers say that Fernandez impacted the way they would play the game. This is not only just a loss to the world of baseball, but someone who was so important to so many people. He truly cared about friends and family. Maria Arias was Fernandez’s girlfriend. She put a picture on social media stating that she was pregnant and would be due soon. Jose Fernandez was truly outstanding and you could definitely say for sure that he was one of a kind. Fernandez won  his first 20 games of his career at home. Not many other pitchers accomplished that goal. He was the 2013 Rookie of the Year. He was a Cy Young winner in the 2014-2015 season. But Fernandez was always involved off the field just as much as he was on the field. Jose was originally from Cuba. He attempted to come to Florida with his mother. Unfortunately, they failed three times at entering the United States. He is special to the people from Florida and others because of the rough childhood he had growing up in Cuba. He is the definition of “Never Give Up.” He always worked hard. He deserved all the awards he received. He didn’t deserve to leave the world this early in his life. So we can take some of these things and apply them to our lives. Jose Fernandez was a great person. His work ethic and passion went so far. He is a legend in the Florida community and will be remembered to all of us. We will always remember the Miami Marlins superstar pitcher, #16 Jose Fernandez.