A Strong Season For Girls Basketball 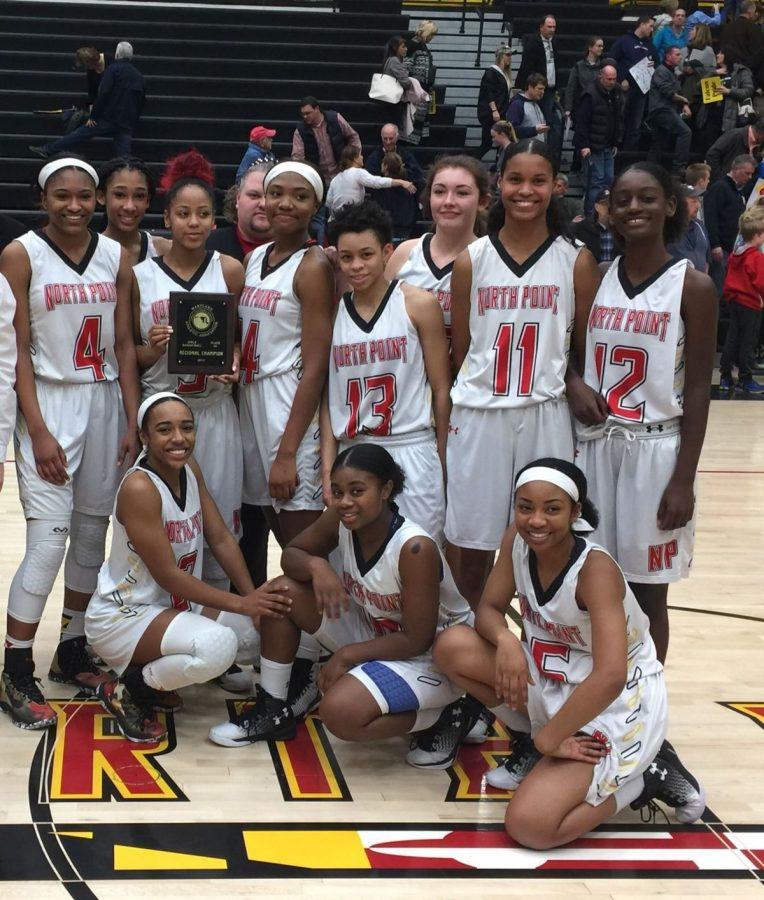 The 2016-2017 season for the Girls Basketball team was a very successful one to say the least. The Eagles had an outstanding 23-4 record this year, including an incredible 16-0 in the region. The Eagles put together yet another wonderful year and they had a lot of contributions to their success throughout the season.

The Lady Eagles were led by Senior Shooting Guard Necole (Co Co) Hope, who helped lead the way as the captain of the squad. Hope had a great shot and found success from deep three point range. Hope also brought much energy to the court and her teammates were really able to build off that. Sophomore Guard Latavia Jackson was a force to be reckoned with all season. Jackson had incredible speed and was really good at creating offense from the great defense she played. Jackson had a great shot and was consistent throughout the season. Senior Guard Aliyah Bullock played some great basketball herself. Bullock had some tremendous offensive games this year, including an outstanding 40 point game in a huge playoff victory against the Chopticon Braves. The Eagles as a whole dominated their opponents this year with their defense. They created turnovers which translated into offense going the other way. The Eagles’ dominance started early in the season and they never looked back.

The Eagles raced out to a dominate 13-2 record in their first 15 games. That included some great wins against opponents such as Lackey, Love Joy, Mary vale Prep, and Westlake. The Lady Eagles did come up short to Old Mill and Daniel Boone of Texas, but the Eagles still played their game. They never got away from the style of basketball that brought them so much success this year. This was a very young team, but that didn’t stop the Lady Eagles from playing incredible basketball. All fans in the crowd could see the talent, skill, and determination the Eagles brought every night. North Point is led by Head Coach Mike Serpone. During games, he will get down on one knee, talking to the girls and making sure they have the play they want. He always puts the girls in the best position to win, and you really see that on the court. The season ended at the hands of Catonsville of Baltimore 64-40 at Towson University March 3rd. However, it was another great year for the Lady Eagles and we are proud of what the girls accomplished.