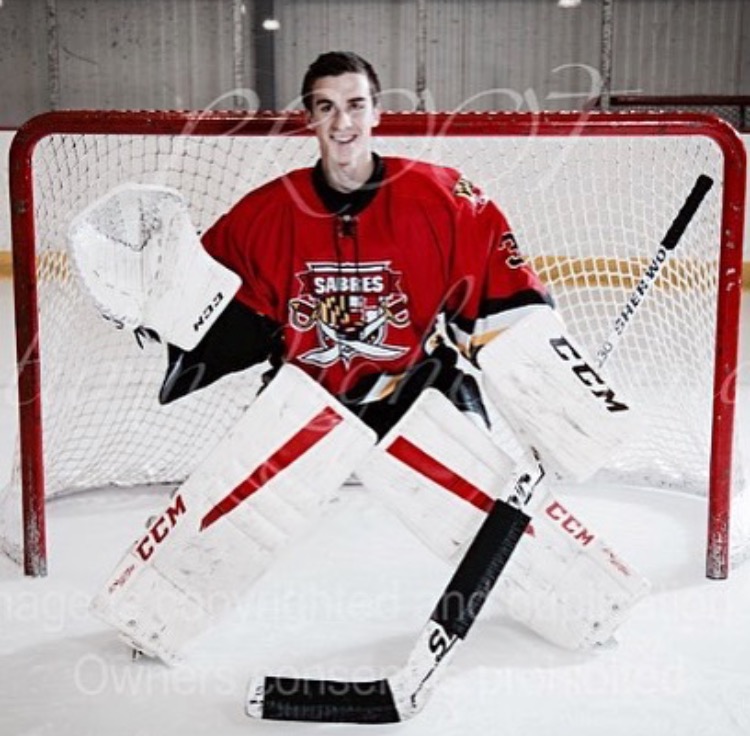 Being a student athlete has its pros and cons. For Dylan Staudmyer (17’), sports has been an imperative tool in shaping who he has become both in and out of the classroom. Playing soccer in the fall, hockey during the winter and lacrosse in the spring, Staudmyer thrives off the rush of competition. Conversely, he also acknowledges how hectic it can sometimes get, as he balances the aforementioned activities with his busy academic schedule, mostly consisting of Advanced Placement (A.P.) courses and his engineering program. “Honestly, nobody likes going to practice, but once you’re there and involved it’s not so bad. It’s pretty much like school.” The student athlete continues, “If I didn’t play soccer, hockey, or lacrosse, I have no clue what I’d do. I’m a triplet, and my brothers play the same sports, so they always push me to work harder. I think those sports built the work ethic I have both in and outside the classroom.” Conclusively, Staudmyer’s hard work has paid off, as he has been on the Principal’s Honor Roll ever since his freshmen year. Additionally, he will attend the University of Connecticut in the fall, where he hopes to play the same sports.

In reflecting on his four years of high school, the student athlete has accomplished a myriad of great things. From being a leader in all of his respective athletic activities to succeeding at rigorous coursework, the senior stands as a beacon of inspiration to his peers and fellow athletes. “Dylan is one of the nicest and hardworking guys I know. He always makes an effort to give his all out on the lacrosse field,” Kevin Rohrbaugh (18’) expressed. “I’ve been with Dylan in the engineering room and on the lacrosse field, and he is by far one of the most standup guys ever,” stated Maxwell Palmer (17’). In addition to these positive statements, his own brothers gave their opinion of him. “Surprisingly, we all get along really well,” said Tim Staudmyer (17’). “We all help each other succeed in everything from sports to school. Without my brothers, I probably wouldn’t be as motivated as I am because we are always competing in everything we do,” Connor Staudmyer (17’) added.

Conclusively, the student athlete does experience stress from his busy schedule, however, he ultimately works hard to reach his goals. “I’m looking forward to graduating and moving onto the next stage in my life. I’ll definitely miss the friends and memories I’ve made here at North Point, but I’m excited to see my dreams eventually come to fruition. The main key to experiencing success is never giving up on what you love in life,” stated Staudmyer.