Girls Lacrosse 2017 Season One To Remember 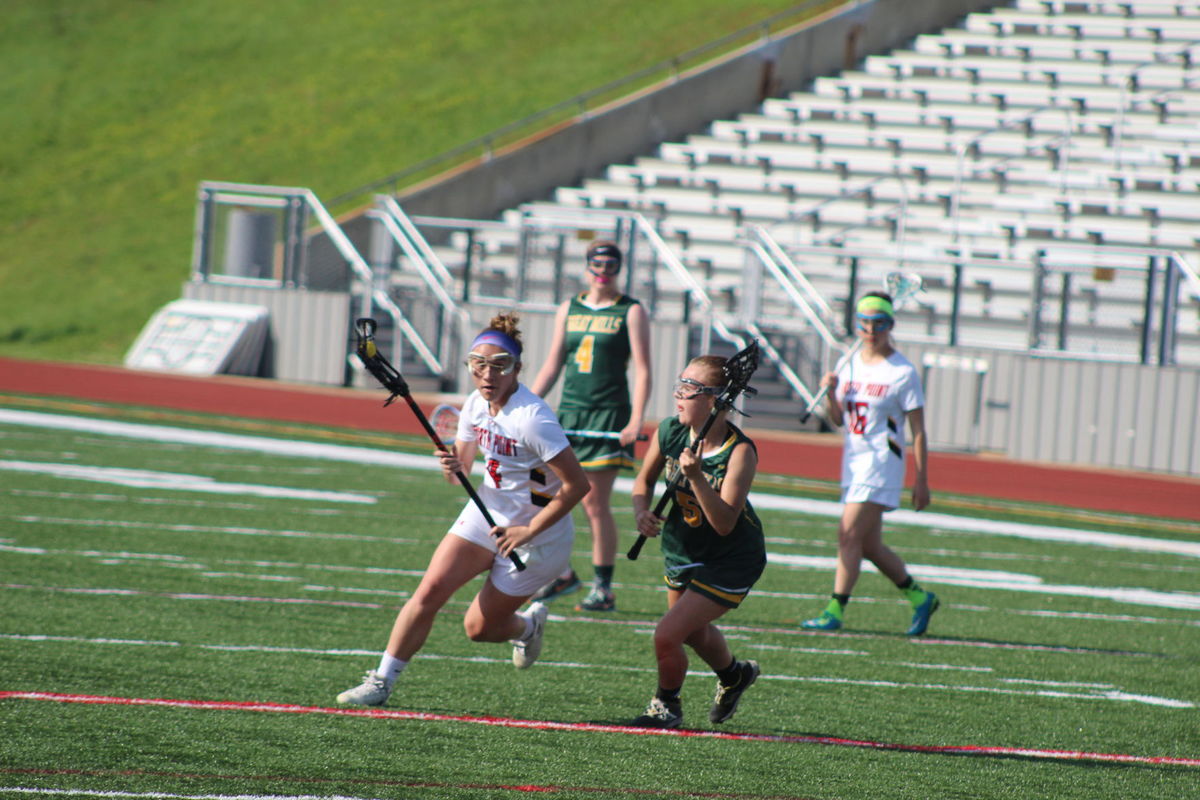 Girls Lacrosse looked for a great 2016-2017 season. Led by Seniors Ali Zadeh and Lia Willis, the Eagles were determined to leave their mark this year, and that’s exactly what they did.

The Eagles finished off their 2016-2017 regular season with a record of 8-4, including a record of 6-4 within the region. The Eagles had a very tough year, but they were very successful and battled until the end. The Eagles lost three games early in the season and some doubt started to creep in. But the Eagles fought together and put together a great six game winning streak. During the six game stretch, they enjoyed victories over Chopticon 12-10, Thomas Stone 15-3, and McDonough 11-7. The Eagles battled hard throughout the season and their work ethic paid off on the scoreboard. The leadership was there all throughout the season for the Eagles and all the girls worked extremely well together, putting together one great season. The Eagles went up against some tough opponents this year and knew they were in for some tough battles. But the Eagles were able to use their defense to help create some of their offense and it pushed them forward.

Every team needs a leader to guide them throughout a season. Leading the Eagles this season were seniors Ali Zadeh and Lia Willis. Zadeh played a little bit of everything this season for the Eagles. Categorized as a defensemen, Zadeh played exceptional defense for her team, keeping the opponent away from her net. But it wasn’t just defense for Zadeh. Offensively, Zadeh couldn’t be contained by any of her opponents. Flying past defenders to the net, Zadeh was an insane double threat to any opponent that faced her. When she was asked what she will remember from her senior year of playing as a part of this team, Zadeh said “I will remember how well the team came together. It wasn’t easy but I could tell everyone wanted to be there and really wanted to win. They all were very supportive of me and the accomplishments I achieved this year”. Zadeh plans to continue playing lacrosse, as she will be attending Virginia Commonwealth University (VCU).Willis was also a dominant force to be reckoned with. Willis was also a threat both offensively and defensively.  She was all over the scoreboard, putting up some great numbers. Willis also has plans to continue her lacrosse career as she will be attending Arizona State University in the fall. Zadeh and Willis were two great players on this team, but the talent went from top to bottom on the roster. Senior Lauren Jermstad, Junior Hannah Gates, and Freshman Nathalie Lafontant also had great seasons. Jermstad had a great senior season, Gates was very impressive coming off injuries that had kept her sidelined, and Lafontant had a great first year.

The Eagles made the 2017 MPSSAA playoffs and were looking to start off on the right note with a win. The Eagles battled and earned a hard fought 20-16 win over Great Mills. The Eagles advanced to the second round to take on South River, who dominated Annapolis 16-4 in their first round match. When asked what she liked most about this year’s team, Jermstad explained, “How we really stuck together as a team despite any obstacles. We fought for what we wanted.” The Eagles had an exceptional 2017 season and should be proud of what they accomplished this year. The future looks really good for Girls Lacrosse.