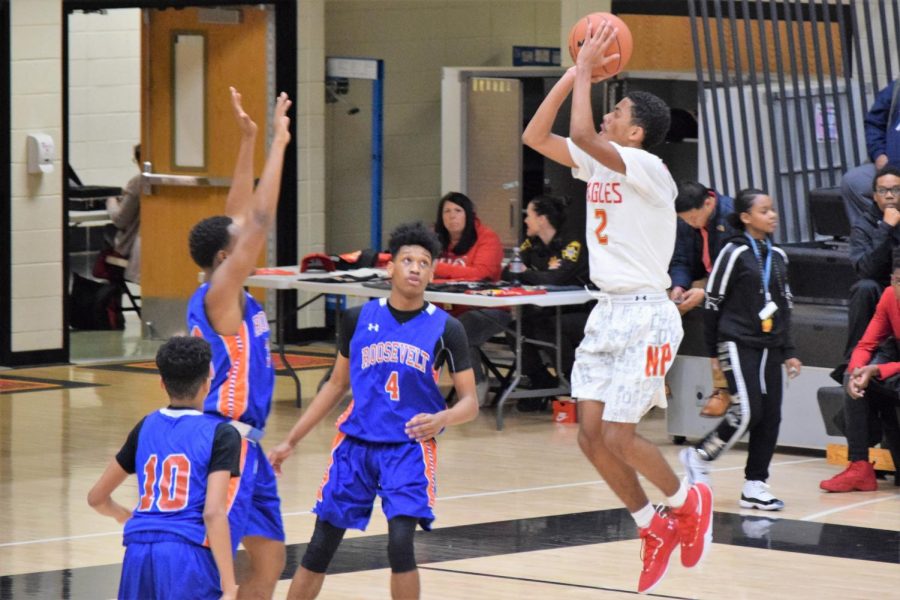 The North Point Eagles basketball season has been a big turn around from last year. After going 12-11 during the 2017-2018 season, the Eagles have carved out a 16-6 record going into the playoffs. As we heard from senior captain, Satchel Ball, “The basketball season has been very successful. We, as a team, have accomplished goals that we set at the beginning of the year. Everyone has had fun this year and that has been key. It’s playoff time and everyone is on the same page ready to make a run in the playoffs.” The team is lead by senior guard Satchel Ball who is averaging around 19 points a game. Alongside of him is senior Jordan McKenzie, who is known for taking shots and constantly knocking down the opponent’s shots. There is also Xavier Grant, who is known for being one of the best rebounders in all the Southern Maryland Athletic Conference. It has been a team effort as every player has had to step up and contribute in some type of way. Coming down the home stretch the Eagles look to continue their season and make a deep run in the playoffs.