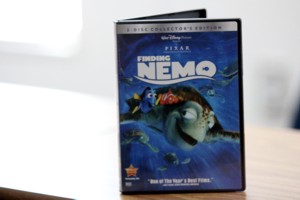 Thanks to Mr. Fletcher, North Point High School now has a Disney movie club. So, if relaxing while watching the Disney classics during NEST sounds good, then come by room M122 and experience the magic.

This club starts with the members all watching a Disney movie, and looking very closely at what is going on. After watching the movie they have a club discussion and everyone shares what they saw and learned from the movie.

Disney movies are known for hiding subliminal messages in their movies. Normally they go unnoticed because of how fast the animation is. So the club members watch a movie and then talk about all the things they were exposed to as a child, and didn’t know about.

Ray Savagnini. (’12) has been a member of the club since it started, and he really enjoys it. He said, “It’s very interesting watching movies with Fletch.”

The Disney movie club will be showing movies this year such as Finding Nemo, Beauty and the Beast, The Lion King, Aladdin, and The little Mermaid.

The Disney movie club is in room M122 during the first half of NEST on Thursdays. So grab some lunch, a drink, and enjoy the wonders of Walt Disney.