From New Student to Star 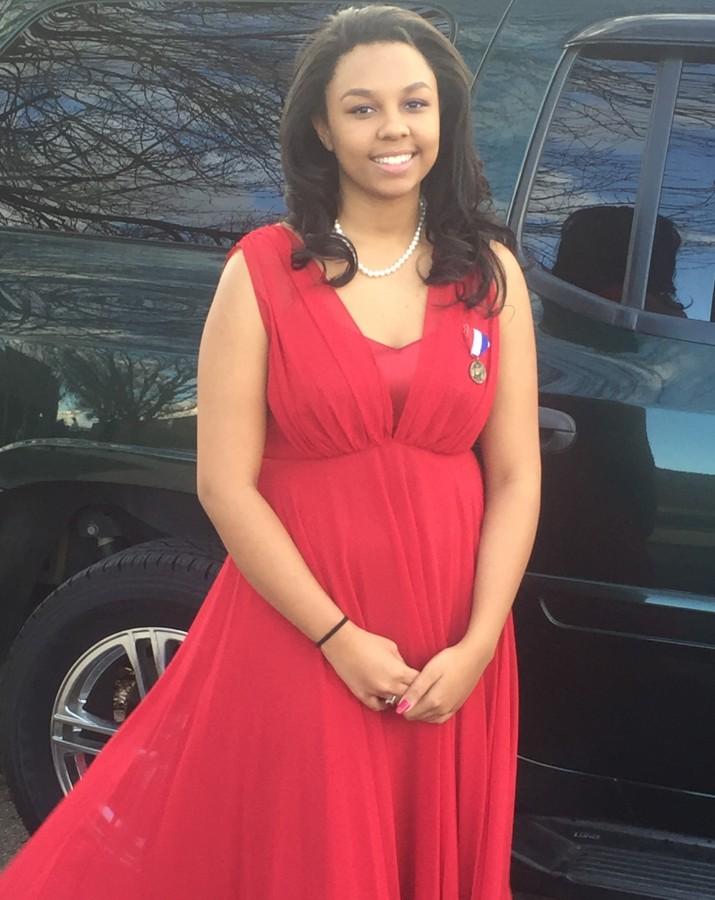 When Aliyah Barnes (’16) transferred to North Point at the end of her freshman year, she had her sights set on success. Barnes has always followed the arts track, starting off her career at North Point in Concert Choir for her final quarter. In her junior year, she was in her first theatre production, Into the Woods, as Cinderella’s Stepmother.

In the time between her freshman and senior years, Barnes has done much more. She is now in two choirs, her favorite classes, Eagles In Harmony and Chamber Choir. On being in two choirs, Barnes said, “I really wanted to experience a different aspect of choir in a higher form as well as staying with the people I’ve come so close to. I also wanted to spend more time on music in school instead of just in my room.” She went on to say that Mrs. Helming, the choir director, is her favorite teacher. “She is the reason why I have as much confidence as I do. She taught me to one up and not be afraid of my voice but to take control of it and use it to my advantage. I came in as a freshman and looked up to everyone, even the sophomores and she showed me that I’m strong too. Now, as a senior, I have other people looking up to me and it’s all because of her.”

She has also starred in another theatre production, the 2015 fall play, Father Knows Best as the lead role, Betty. When asked which theatre production was her favorite, she chose the latter, explaining, “I had a leading role and it was more engaging but also challenged me more than my previous role in the musical.” On why she joined theatre, she stated, “I discovered that I loved acting as well as music a few years ago but never knew I could combine them until last year and that has to be the greatest decision I’ve made in my entire life.”

Choir and theatre are not a high school fling for Aliyah Barnes, though. After graduating, she plans to go to college in either New York or Florida, majoring in musical theatre. Her dream career is a mixture of acting and singing. “The thought of getting paid for doing what I love while hopefully inspiring people with my talent and my love for spreading joy is astonishing.”

Barnes also has advice for other students. On being asked about advice for juniors becoming seniors, she said, “Enjoy your senior year by taking the classes you wanted to but weren’t able to because of other things. By that, I mean, if you want three art classes and another science, then do that. This is your year, don’t stress yourself worrying about college because they were once your age too. I promise you they will understand if you wanted to have a little fun.” As well, Barnes gave advice to incoming freshmen. “Stay true to yourself. Do not let anyone tell you what you can and can’t do because they aren’t you and never will be. Don’t fall susceptible to stereotypes, but most importantly, focus on graduating because you have your whole life to party and go crazy.”