The New Club In Town 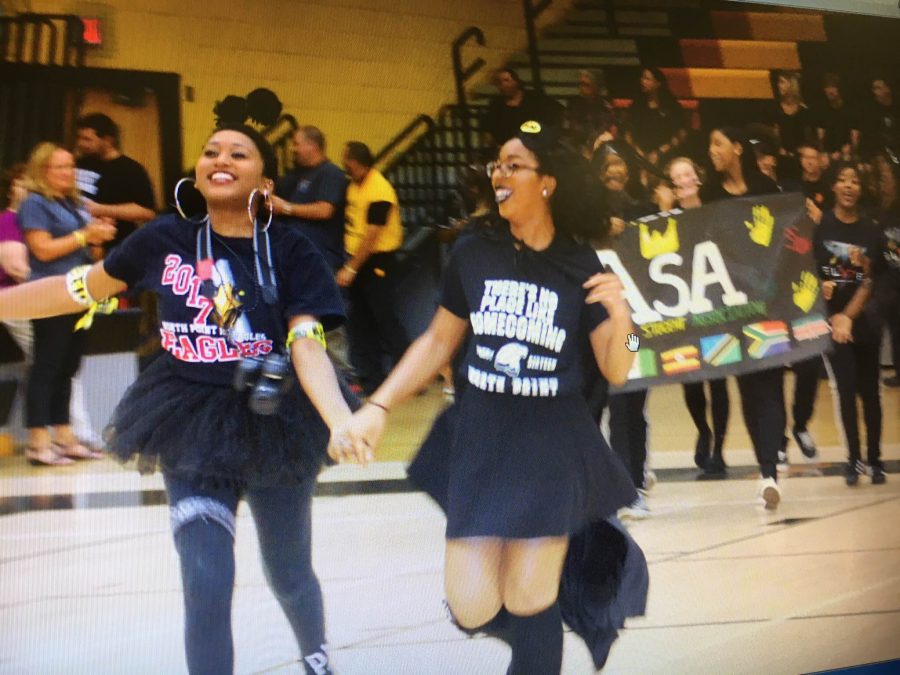 African Student Association (ASA) is a club formed by Shanell Erhunmwunse (12th), Tope Williams (12th), and Chelsey Adedoyin (12th) in 2015. “The main focus of this club and the reason why ASA was created is to support African/African American students. It was made to give them a club that focuses on their culture. A common assumption people have is that only African and African American students can join. It’s not that. Anyone of any race can join this club,” Chelsey Adedoyin explained. ASA’s club sponsor, Mrs. Hosendorf, has put in a lot of dedication in making this club active and special. Club Officers, Amani Jackson (12th), Johnathan Wallace (12th), and Tiara Dorsey (12th) meet up with the club founders in hope of creating ideas for future events. “I want ASA to become an asset to North Point,” said Tiara Dorsey, “We hope that it will bring students from different backgrounds together.”

ASA has already held its first fundraiser last Tuesday at Chipotle to help raise money for its upcoming events. The fundraiser was a success and an incredible start for the club. The upcoming event that ASA is looking to have is a Culture Night. Culture Night will be held in Mrs. Hosendorf’s room during NEST and maybe in the staff development room after school. There is no set date for this event because it is a work in progress, but it’s said to be announced soon. ASA meets every Friday, 1st half during NEST to plan future fundraisers and activities. ASA is looking forward to a successful year full of cultural studies and events.