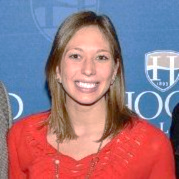 This school year North Point has incorporated many new teachers into the staff and many people do not know much about them. Mrs. Mckinnon is in her first year of teaching. Mrs. Mckinnon started as an outdoor and environmental educator that worked with school groups that visited and toured the Hard Bargain Farm. Therefore, even before working as a teacher, she had many hands on experiences working with kids. She even has a child of her own. She also did not turn to studying in the field of science, in fact she stated that she always knew that she wanted to be involved in some field of science. Even in high school, she wanted to become a Marine Biologist. However, in her senior year of high school she made the decision to become a teacher. Mrs. Mckinnon became a Chemistry teacher just this year and she has learned a lot so far. She has described the school year to be, “good so far” and she has learned “not to sweat the small stuff.” However, she has faced a few obstacles adjusting to teaching.  The adversity she faced surprisingly was not what she expected. When she expected to have a lot of trouble with lesson plans, she has found that her real trouble has been class management. Mrs. Mckinnon has thoroughly enjoyed her first year teaching, despite minor obstacles, and is “really proud to be a part of the North Point community” and she looks forward to teaching here.