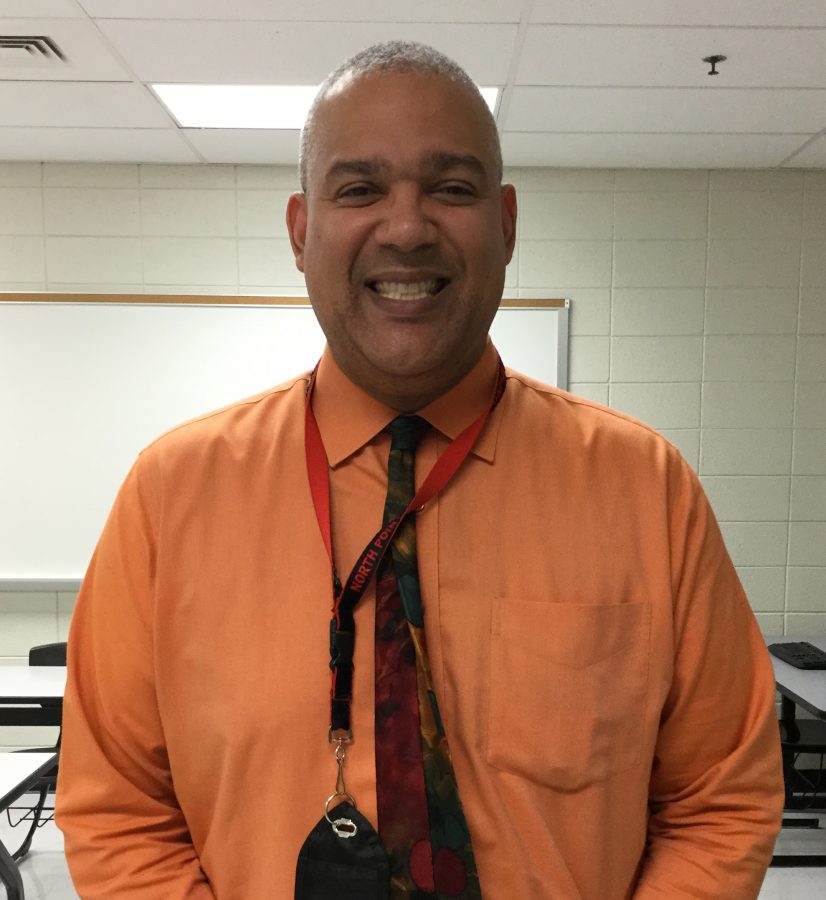 Often times, we fail to recognize the efforts of those who work under “less desirable conditions.”

Mr. Fred Sanford is perhaps a perfect example of such, as he is permanently assigned to

overseeing lunch detention, every day at NEST. However, Mr. Sanford does not necessarily see

his assignment as “less desirable.”

Fred Sanford has been in the public school system for sixteen years, and has remained in Charles

County for the past ten. He is now a job placement coordinator here at North Point, which he has

been a part of for two years now. Before Mr. Sanford worked in the school system, he held the

position of an accountant for ten years, and although the “money was good, the profession was

blossoming interest in watching sports, learning about history, and reading about leadership,

organizational, and government/politics based texts in order to further his understanding on how

Mr. Sanford, ever since his transfer to North Point, has been tasked with overseeing lunch

detention during NEST. While most would consider this job to be a bother (having to deal with

“bad kids”) Mr. Sanford sees no downsides with his position. He believes that this position gives

him a chance to “be real” with the kids who come through the door, creating a non-judgmental

and light atmosphere. He, along with Mr. David Braziel, even have a daily game of trivia to

engage themselves and students into an interesting learning atmosphere. Mr. Sanford believes

conduct, is more realistic and conducive to making positive changes. Rather than focusing on a

student’s issues, Mr. Sanford chooses to focus on moving forward, and making sure to be a