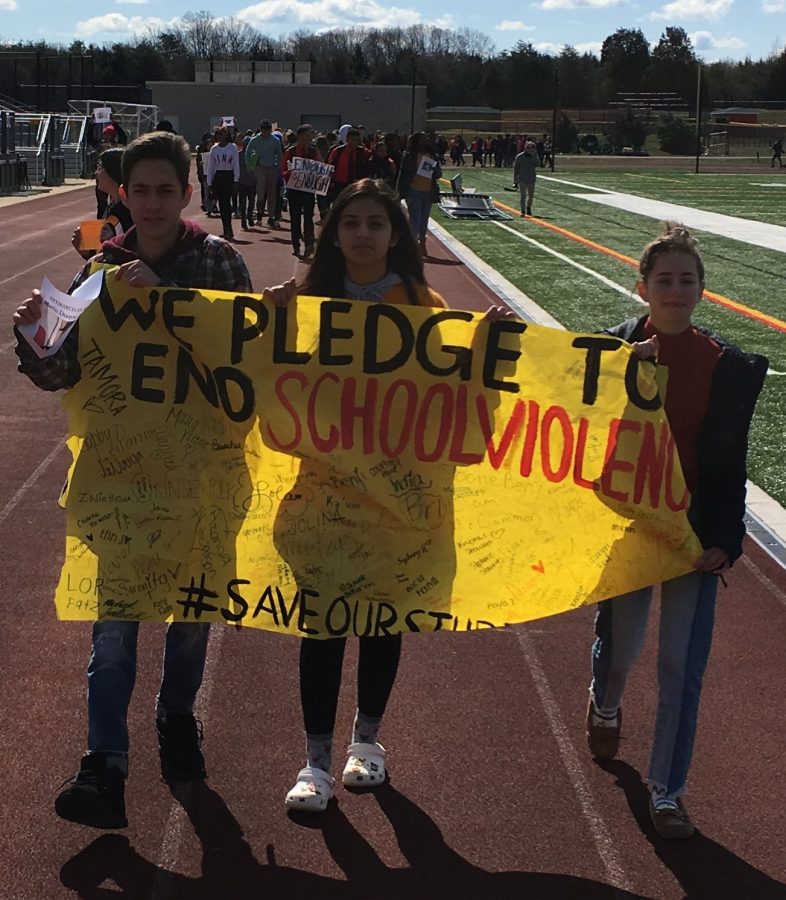 Wednesday, March 14th, 2018; The Day that students reclaimed their spot in the political process.

Throughout history, students have been some of the major advocates for significant social change. In 1960 most of the Greensboro sit-ins in protest of Jim Crow laws were attended by graduated high schoolers and college students. In 1968 local Howard University students influenced major overhaul of African American studies in nationwide curriculum through protests. Throughout the late 1960’s many of the protests that led to the de-escalation of the Vietnam war were heavily attended by students of all ages. The end of Apartheid in the 70’s and 80’s in south Africa came to a head when millions of students protested for days on end.  Famously the movement for Chinese democracy in 1989 is defined by students losing their lives in Tiananmen Square for what they believe in. In March 2018, millions of American students walked out of school for 17 minutes to the mantra Enough Is Enough in the wake of the Parkland massacre. This was the most recent of a slew of mass shootings and bombings in schools that left 17 dead and many injured.

North Point students; led by primarily senior leadership, teamed up with administration to protest violence in schools. Being a tricky politically-divisive issue, leaders focused on the fact that inaction or argument over the correct action is detrimental to success in overcoming the serious problem that has plagued the United States. Throughout the nation schools held similar protests that have seemed to already force the first movements towards positive change. The biggest thing that led to a unified school and student body is summed up in senior Liam McCammon’s closing remarks which he thanked those for participating and said “there are many proposed solutions to the problem that this nation faces” and that he “Isn’t here to tell you what to think, but rather to think.” This is important because a handful of protests sparked counter protests or lessened participation because of a specific way to change for the better. At North Point students were welcome to join the protest in support of stricter gun legislation, increased stress on mental health, and security of schools as well as (and in many cases) a combination of reasons.

Senior Kinsey Polk led the speaking with the sentiment that students just like us need to be “Honored and recognized for the memory that will live on” and that it should “never be forgotten” this came with the connotation that these protests are both for the purpose of preventing further undue gun violence and the hopes that these deaths are not in vain.

This was followed by 17 minutes of walking by a large portion of the student body in which organizers including leaders, students, and teachers read a short bio of those lost in the tragedy every minute. These tributes included powerful words such as “[Alyssa Alhadeff] was a daughter, sister, and friend whose memory we will forever cherish” and “[Peter Wang] was given an honorary acceptance into West Point’s graduating class of 2025, his memory will forever live on as one of a hero…” the students lost were in large majority freshman of 14 or 15 years old at the untimely hour of their death.

Those who helped organize this event hope that this ends the political inactivity from students and young voters on the aforementioned issues as well as any that will come up in the future. The idea that voters our age trail the national voting average by significant numbers was floated and stuck in the air when students realized they have a voice. The utilization of our voices is imperative to a productive future. “We are the future, but we seem to forget that we are also the present…”