LGBT+ Teens: Worried for Their Future and Scared of What’s to Come 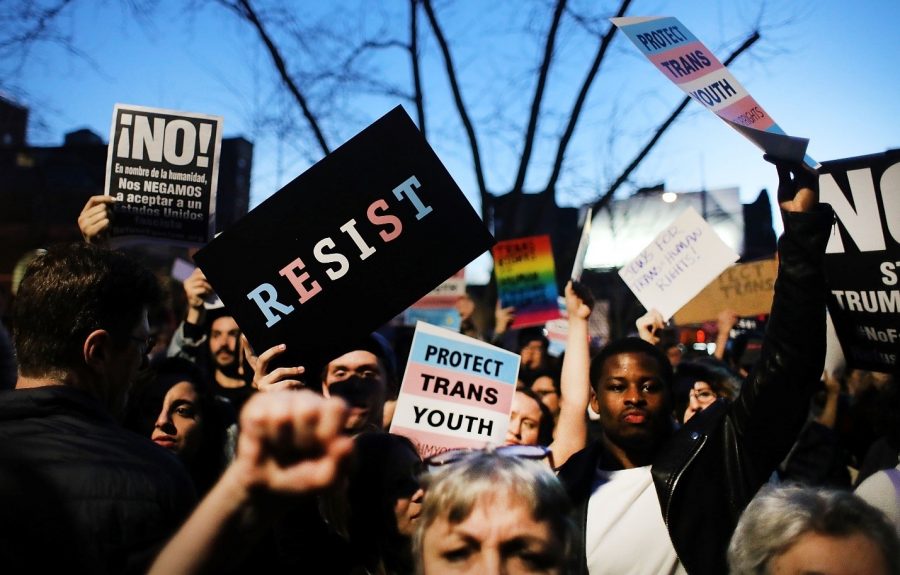 Yet the world is different than it was 56 years ago. Debates that have been happening for decades on whether the inclusion of sex in the Civil Rights Act also includes those who have been discriminated against for their sexuality or gender. These debates have happened all over the nation and have sparked controversy for those of all ages.

But does discrimination against someone’s sexuality or gender go against their civil rights? Teens who are making their way into the world where they are being discriminated based on their sex/sexual identity believe that is the case. Amanda Huginkiss (a requested pseudo name) says, “The thought process of it being okay to be violent against a certain group of people is very similar to what people in Birmingham thought in order to excuse violent behavior against blacks during the civil rights movement.”

There is a law not widely known as the Gay/Trans Panic Defense. The gay/trans panic legal defense legitimizes and excuses violent and lethal behavior against members of the LGBT+ community. The defense is defined by the LGBT Bar as “a legal strategy which asks a jury to find that a victim’s sexual orientation or gender identity is to blame for the defendant’s violent reaction, including murder.” This legal defense excuses violent behavior done towards those in the LGBT+ community, and there is no law banning the defense in any U.S Territory nor in 40 of the states. Along with this law, transgender people are no longer able to serve in the military, and there are rules being proposed that can take away the guarantee that people in the LGBT+ community from getting basic health care.

Most don’t look to teens in the LGBT+ community when talking about these laws, and say that teens are too young to think about these laws. They don’t think of the consequences most teens will deal with that don’t go along with laws. Kayla Johnson upon learning about the Gay/Trans Panic Defense and the possibility that she could be turned away at a hospital worries, “I plan to go to many pride parades,” she says, “and with the laws that allow others to harm the LGBT+ community, what happens if I get harmed and maybe the hospital that I go to turns me away because I’m bisexual?”

Kayla isn’t the only one worried. Lena Wynn (under a pseudonym upon request) says that when she comes out, there’s a major possibility she could be put on the streets. “If public establishments, hospital, jobs, and colleges decide to reject me because of discrimination laws, I’ll have no way of getting an education, a food source, an income, healthcare/care in general, or shelter.” She explains, “The only way I’d be able to live comfortably would be to hide my identity and be in a constant struggle with myself because I can’t be who I truly am without running the risk of persecution or even death.”

Ruth Howard, under a requested pseudo name, says that these laws discriminating against the LGBT+ community, “Makes my blood boil. It’s so contradictory to the American dream yet people believe it with all their hearts.”

Amanda Huginkiss agrees with Ruth Howard on her opinion of LGBT+ discriminatory laws. “They make me feel disgusted by our society,” Amanda says, “I thought we had made progress with equality for all but it seems we had taken a step back from that progress.”

“No one should be judged or brought down because of who they like and are attracted to.” Kayla Johnson declared. “At the end of the day we are all human no matter who we like.”