Eagle on the Street: How Would You Ask Someone to Homecoming? 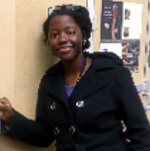 “I think there should be clues leading up to the question. They could do it during NEST, and then be standing there at the end.” –Sam Peoples (’11)

Last week, Kelsey Rawson (’11) was a little surprised when she walked into school one morning to see a huge poster draped across the theater balcony with her name on it.

The bright blue lettering was hard to miss. “[Nick] was waiting for me at the door that morning,” Rawson says shyly, “and we were talking and then I just looked up and saw it.” Cooper waited anxiously for her answer. Rawson, now a little redder in the face, and not from the October morning chill, said yes with a laugh.

With sixteen-foot posters hanging in the hallway putting other guys to shame, it’s brought up the question, “What’s a creative way to ask someone to Homecoming?” After all, the method of asking could determine the answer. Seniors and underclassmen alike give their opinions.

Hopefully some of these answers will inspire fresh ideas for next year’s Homecoming season. Spirit Week’s a bit late to try out new material, so stumped suitors may have to fly solo this year. But no matter if it’s by yourself, with a date, or with a group of friends, be sure to come to North Point Homecoming 2010—A Mardi Gras Masquerade!!