The Secret’s Out: Hidden Options on Restaurant Menus 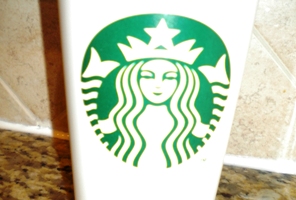 Walking into a restaurant for the hundredth time leaves many wondering, “What is there left to try?”  Mention secret menus and people may think it’s all a bluff. But it turns out that many restaurants have secret menus, hidden from the public.

Secret menus refer to items that can be specially ordered and aren’t on standard menus. Many of the restaurants with secret menus are found just around the corner.

Burger King, a favorite locally, is one eatery with a secret menu. Ask for a Mustard Whopper and out comes an average whopper, but with a twist. Mustard is spread onto the bread instead of mayo. A great alternative for vegetarians opposed to the “burger” in Burger King, can special order a Vegetarian Whopper, where the beef is substituted for a veggie patty. Or ask for other appetizing sections like frings, suicide burger, or a rodeo burger.

Chick-fil-a offers a fried club on its hidden menu. This is a normal club sandwich with the fried chicken substituted for the grilled chicken.  Or for an extra energy burst, grab a turbo hot coffee for an extra shot of espresso from Dunkin Donuts.

Even the most popular and well-visited restaurants have a long list of hidden specialties that should really appear on standard menus.  Popular places like Wendy’s, McDonalds, Chipotle, and even Starbucks are keeping secrets.

On a trip to McDonalds, ask for special drinks like a Neapolitan milkshake, or a root beer float.  Another secret McDonalds keeps from the public is their land, sea and air burger (a beef patty, chicken patty, and fillet-o-fish patty all piled high onto a bun.)

For a taste of a sweet secret, Starbucks has a long list of tasty, unheard of, drinks. Examples include a cake batter frap, a zebra mocha, and white hot chocolate.

It makes people wonder, how do people find out about these “secret menus” if they are a secret? One-way is to sign up for emails from a favorite restaurant like Panera. Panera sends out emails about their secret menus for those with a Panera card. Or simply just look at the restaurant’s website. Some restaurants like Starbucks post them on their website’s menu.  Others like Erika Richardson (’15) found out through friends. “I tried the Chocolate Cream Frappuccino and it was really good. It was just pretty much pure chocolate,” says Richardson (’15)

With foods like these it’s a shame that food chains don’t share foods like these on standard menus. It leaves many wondering why they would want to keep such a wonderful secret from the world. But with one taste of these offerings, it’s no surprise that no one would want others to be in on the secret.