Up, Up and Off to Regionals 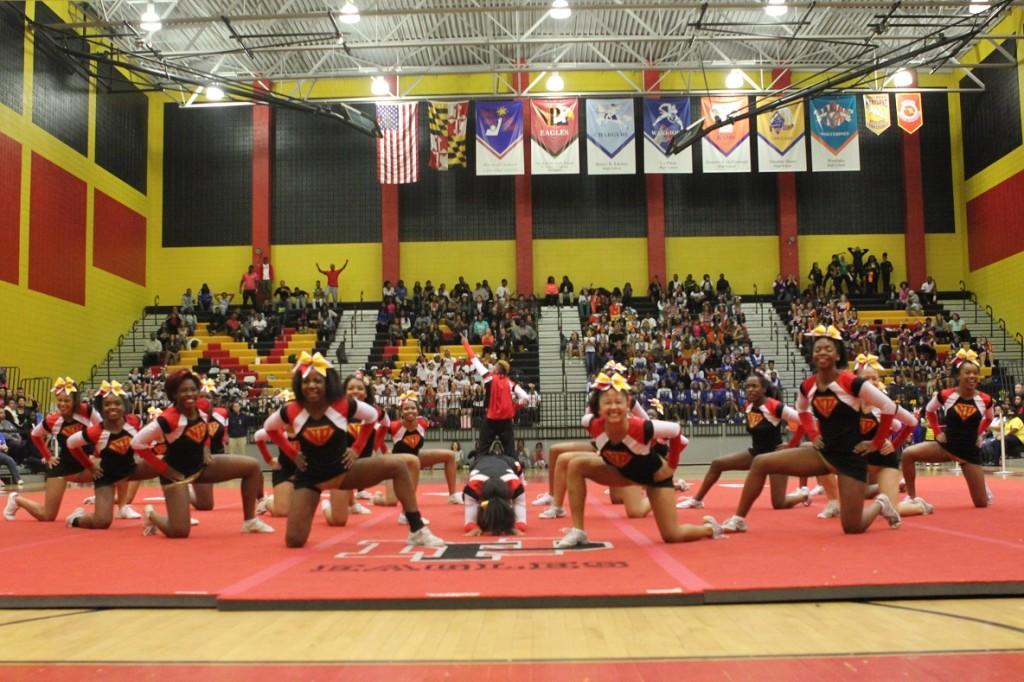 Go! Fight! Win! This is the opening cheer that the cheerleaders say at every football game. For one night they were able to put aside that cheer and put on their capes to save North Point from all the other cheer villains. However, unlike most superheroes the cheerleaders did not have red beams shooting from their eyes and were unable to read their competitors minds, but they were able to fly.

Tension was high. Every team was saying words of encouragement to each other. They worked for the past two months to perform a two minute routine. All the cheerleaders kept it calm and have confidence. North Point’s varsity caption N’Dea George (’14) clarified, “I do not have any worries. We worked so hard and practiced our stunts until they were perfect. This year we were more focused on thinking smart.”

Not all the cheerleaders were born with superhero knowledge and that was something that they worked hard on. “This year has been about maturity and mental preparation. This is most of the girls first time performing for fall, but we are all calm and ready to perform”, stated head coach Mykel.

And performing was exactly what North Point did. The freshman were full of energy and all smiles for the judges. They hit all their builds and looked tight while doing so. Junior Varsity came out loud and proud hitting their basket-toss flawlessly.

After the other two teams performed it was Varsity’s time to show out. Right when Westlake stepped off the performing mat North Point Varsity cheerleaders revealed their new and improved uniforms. They looked like true superheroes with NP across their chest. The crowd was in awe.

The energy was high and the crowd was screaming when they stepped on the mat. North Point was able to match the crowd’s energy with their fast pace difficult performance. There were flips everywhere and where there wasn’t a flip there was a build going up. Marquise White (’14) made his cheer debut and rocked it out. He shares, “I was scared at first, but I had my teammates and when I got on the mat I showed out.”

Showing out is what all of North Point’s squads did. The night ended with tears of joy and screams. Freshman, JV, and Varsity all came in first place. Varsity will be moving on to regionals this coming Wednesday. Coaches were proud. “Varsity did okay for the first time through, but now we have to work on things to bring home another state ring”, praised coach Mykel.