Nothing Can Stop the U.S.A 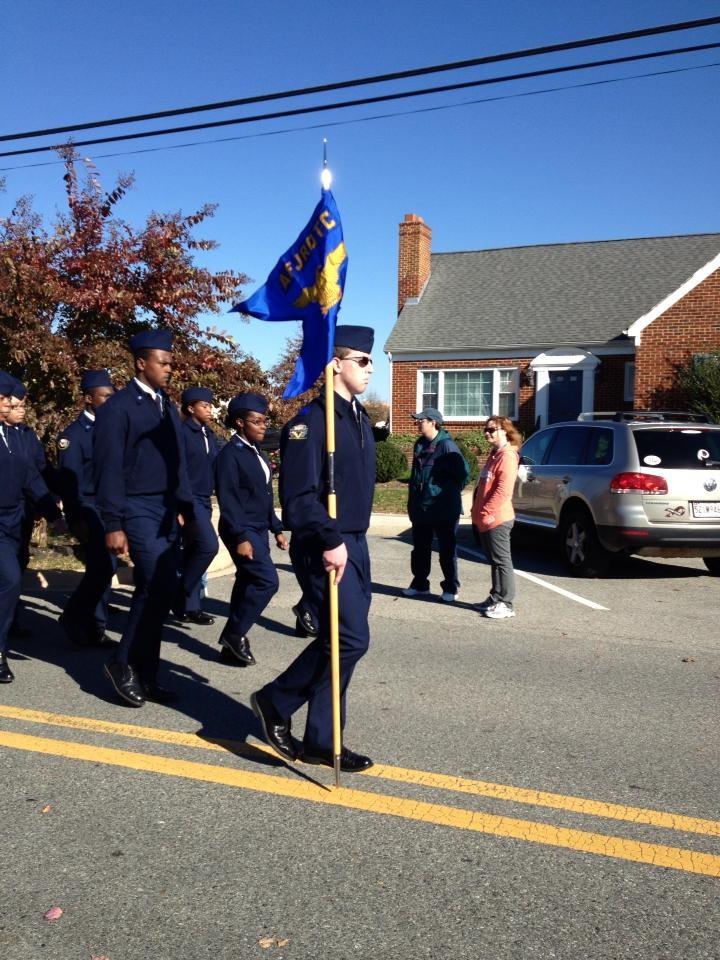 Before the parade passes by. Veterans day parade happened on Sunday, November 11, 2013. The parade was to honor the veterans who served our country and to show respect. Cierra Carter (’15) explained, “We had to report there at 12 and the parade started at 1 the parade finished at 2pm.

The parade had started out at LaPlata Courthouse and it went to The Greene Turtle Sports Bar & Grille. All marcher and walkers headed south on Washington Ave past route 6, then turned left on to St Mary’s Ave. It was mandatory for all North Point ROTC unless there was a valid excuse. Most ROTC has done it before being it mandatory. At the end they were given some food and drinks for their dedication.

“It depended on the flight you were in, for where you were put and what you did. There was armed exhibitions, unarmed, and there were cadets who just marched” said, Carter (’15).  Derek Larsen (’15) said, “It was different from last year because people were split up because there were more flights.” Jazmin McMillon (‘15) explained, “As a thanks for their service there were donations for disabled American veterans.” Carter (’15) said, “Not only was there the parade but there was also a voluntary service at Golden Corral from 3 to 6, the jobs ranged around.”

Lieutenant Colonel Brown (ROTC Teacher) stated, “I am a retired Vet, I was a communications computer officer. I only get to see a portion of the parade, but from what I saw it was a really good turnout. Over two hundred cadets came and I heard a lot of positive comments as they were walking.” Senior Master Sergeant Hartfield, (ROTC Teacher) said, “When you see the mixture of students, scouts and veterans of war, first respondents, campaigns that what I like, it is not just about the vets.