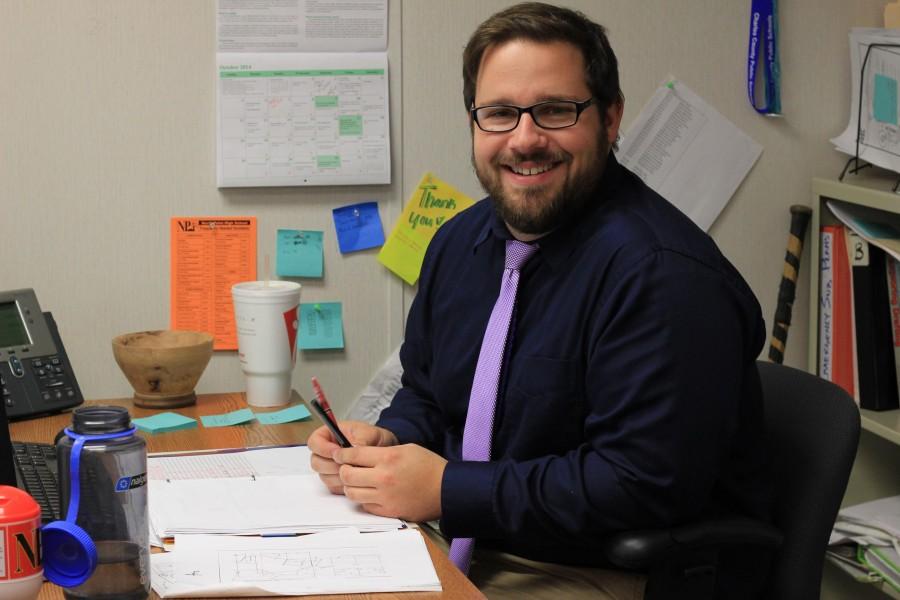 Mike Wichowski, a coach for the boy’s lacrosse program, was offered a job to help coach at the College of Southern Maryland this upcoming season. After previously turning the job down, it was time for Wichowski to take this opportunity and make the shift from coaching high school lacrosse to college lacrosse. This is a huge opportunity for him, and for the players he will be coaching. There is not a player on the North Point team that does not look up to him. Wichowski along with Stephen Sollohub, Andrew Lundeen, Brian Colligan, Adam Todd and Justin Ryan all single handedly built the boys lacrosse program from the ground up in 2011 by developing basic talent and focusing on more than just the field.

Wichowski was more than just a coach to a lot of players, if not all. “Wichowski was a great influence and coach and I look up to him for a lot of things on and off the lacrosse field,” says Chase Webb (16’), one of Coach Wichowski’s former players. Wichowski developed a love of the sport in his players because he loved the game and coaching the sport. “He’s an awesome coach that takes care and looks out for each and every single one of his players and he will never give up on you,” Nicholas Clymer (15’) says about his former coach. Whichowski keeps his front door unlocked during his planning and lunch for anyone who needs him, especially his players. He is open to helping anyone if needed. If someone is struggling in a class and is unsure where to get the help, he and Coach Sollohub will find help in the appropriate subject area. Wichowski will be missed by the lacrosse team, but the lacrosse team is very proud of him and thanks him for the time he invested in them