The Safety of School Buses 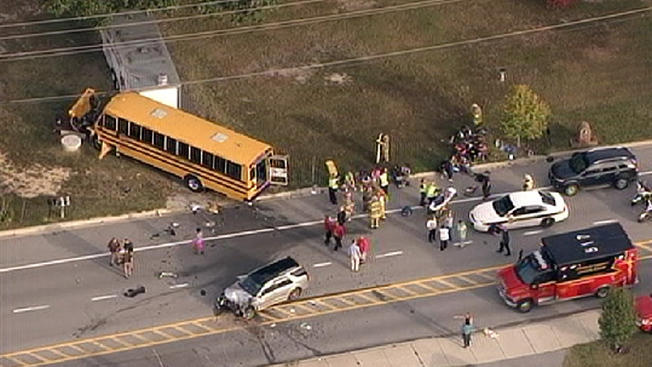 Friday, September 25 marks the two year anniversary of the bus accident outside of Davis Middle School that injured  ten  students. At about 7:50 a.m. on that Tuesday morning, bus 62 (now 105) got hit, head on, by an SUV and caused multiple students to receive concussions and neck or back injuries. All students were sent to UM Charles Regional Medical Center to be evaluated for further injuries. After the incident, parents began to ask a question that many have been asking for years prior; why do school buses not have seatbelts?

Injuries like concussions and neck sprains could have easily been prevented if a seatbelt had been used. The point of the belt is to keep your body jarring during impact, which can reduce the amount of strain on the body, specifically the neck. In Maryland, it is the law to buckle up, in fact, drivers see signs that say “click it or ticket” all over the state. If this is the case, why are students not required to wear a seatbelt that could’ve prevented these injuries?

One student that was involved in the crash was Samantha Cooper (’17). Despite the accident being two years ago, she still has chronic headaches after banging her head against the window from the impact. When asked if she feels that school buses need seatbelts, she replied, “Yes, since during the accident we flew around and that wouldn’t have happened if we had seatbelts.” As well, she was asked how not having seatbelts affects her every day bus ride and she answered that students are constantly sliding around the seats. This is actually a common complaint among students. Without seatbelts, and with the material of the seats, sharp turns are all it takes to send a child flying across the aisle. Many students complain about having to brace themselves against the seats when anticipating an upcoming turn so that they don’t slide across the chair.

Of course, one factor of adding seatbelts to school buses is the cost. On average, it would cost anywhere from $7,000-$15,000, but should money really be a huge problem when student’s lives are on the line? Every year, school bus related injuries in the U.S. send 17,000 students to the hospital. Of these 17,000, about 30 of them were fatalities. The Charles County Student Code of Conduct specifies how students can remain safe on the bus, so shouldn’t preventing students from becoming one of those 17,000 be of utmost importance?

These students are at risk, and school buses are 14.5 tons of uncertain scenarios, shouldn’t we, at least, be certain that students are safely strapped in and won’t become another fatality of school bus crashes?