The Strange Finale of Life 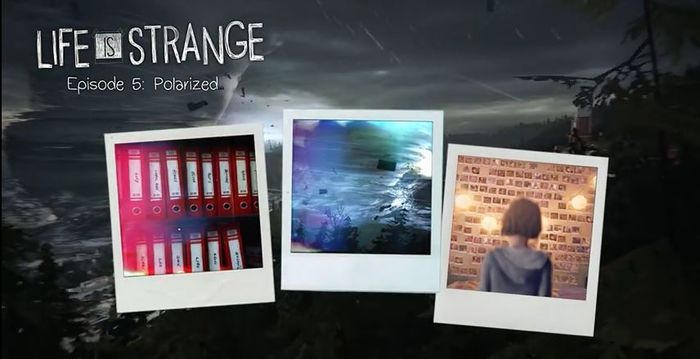 Fans have been playing the graphic adventure video game, Life is Strange since January 29, 2015. Much to their dismay, though, the finale of the five-part series premiered on October 20, 2015, titled Polarized. The game is a product of a collaboration between Square Enix and Dontnod Entertainment.

Life is Strange takes place in Arcadia Bay, Oregon at Blackwell Academy, and follows the two main characters, Max Caulfield and Chloe Price. Throughout the five episodes, viewers have been taken on quite the emotional rollercoaster, and the finale is no different. There is, in fact, not a set ending. Players have a choice between two possibilities, both of them bittersweet. Some viewers however, were not pleased with either of the options and would’ve preferred if they could’ve been merged together into one.

Christian Price (’18) is a long-time fan of Life is Strange, and when asked if he felt the options were a proper ending to the game, he replied, “Yes, because it made me die inside. It was a buildup of everything you’ve done up to that point.” Price’s favorite character is Max, and he claimed that if he could’ve changed anything about the finale, he wouldn’t do anything. “I cried. I cried my non-existent soul out.” He also went on to praise the game by saying. “The game costs $20, but it’s worth $120.”

Another player who claimed the endings weren’t enough was Daphine Henderson (’16), who simply said “I wouldn’t use the word proper, but it suited the series pretty well.” Her favorite character was supposedly an even split between Max and Chloe. She said that if she could change the endings, she would simply merge the two together.

Aliyah Barnes (’16) has also played through the game. She said that “all the episodes built up emotionally, but it was just an ending that felt right.” Barnes’ favorite character, on the other hand, was Chloe Price, Max’s sidekick. When asked if she could change the endings, she said that she wished they answered more questions, as well as also asking a lot more.

Life is Strange has been considered a ground-breaking game, and for many reasons. While not explicitly stated, LGBT couples are implied throughout the game, something that is still new to the scene. It is deep and dark, but also had moments of lightheartedness. It was raw, real, emotional, and filled with plot twists to keep players gripping their controllers.

Players shouldn’t be too upset, though, because the directors of the game have already announce that they are planning on coming out with a visual novel in the future, titled Love is Strange. Long-time fans of Life is Strange should grab their controllers and a box of tissues, because the finale will certainly have players in tears.