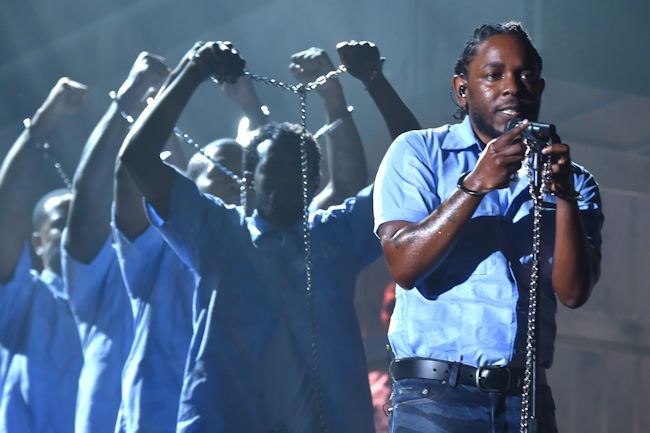 After Beyonce got a lot of backlash for representing the Black culture and the Black panthers during the Super Bowl’s halftime performance, Kendrick Lamar’s performance last Monday, during the Grammys, also ended with backlash and people even going as far as calling him a racist. “Kendrick Lamar just had the most racist performance I’ve ever seen.” “Kendrick Lamar does it and it’s called ‘art,’ but if Justin Bieber performed with a bunch of black people in chains he’d be called ‘racist,’” some heated people tweeted.

The native Compton rapper performed “The Blacker the Berry” and “Alright,” which featured him chained in a jail cell with actors performing 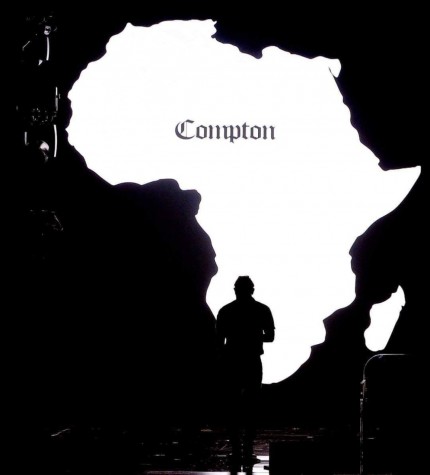 African dances. Closing his performance he ended with a freestyle mentioning Trayvon Martin and used a powerful picture of the continent of Africa labeled as Compton. As his performance was going on, you could see the shock after seeing him in chains in the predominantly white audience.

Lamar has been a voice in the black community connecting to the black youth by his music. His hard-hitting single “The Blacker the Berry,” gives a powerful message about how Black people are treated in America, stereotypes of Black people, and police brutality. “You hate me don’t you? Your plan is to terminate my culture. You know you’re evil. I want you to recognize that I’m a proud monkey. You vandalize my perception but can’t take style from me,” Lamar’s hard-hitting lyrics caused opinionated controversy across America because he spoke on his past and what he sees happening to Black people and the Black culture. It was a reality check for most people because Lamar said and did what most artists wouldn’t. “He did what good artist do, which is to challenge—he challenged the standards; he pushed the boundaries,” Don Lemon, host of BET News commented.

“To the people who call this racist, they are probably feeling alienated. And that does happen. Not all music is for a specific race and white fans may seem alienated or targeted,” Kierno Mayo, Editor in Chief of Ebony Magazine, commented. This matter is important because people white people and other races do feel alienated and say “slavery was a long time ago” and “not all white people are racist.” If discrimination was over, would artists like Kendrick Lamar still have to rap about it?