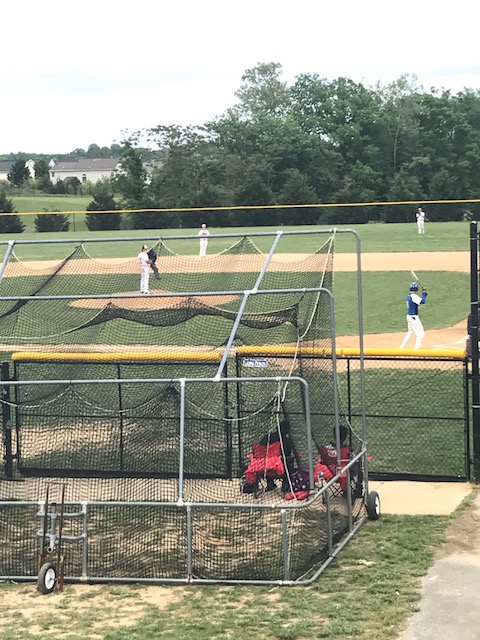 North Point Baseball has been very successful over the years. The Eagles have had some tremendous talent come through. North Point has also had some great and very competitive contests against rivals such as La Plata and Huntingtown. The Eagles were looking to bounce back and have a great season in 2016-2017, and that’s exactly what they did.

The Eagles finished off the regular season with an incredible 12-4 record, at one point putting together an amazing eight game win streak. The Eagles were a very young team this year, but were led by Seniors Matt Zabiegalski, Kendrickk Creasy, and Cody Bottorf, and Junior Zach Doss, who all put up some very impressive numbers. Zabiegalski really emerged this year as a dominant force on the mound, posting two shutouts in his last two starts of the season against St. Charles and Calvert. Bottorf continued from the great year he had last year, crushing the ball and playing improved defense. Doss, fresh off an All-SMAC campaign last year, switched positions and continued to provide offensive production. As a team, they posted a .306 Batting Average and also had a .449 On Base Percentage. When he was asked what he was most impressed with this season, Bottorf said, “Our performances, we come out of the gate swinging early and we don’t give up.” The Eagles faced some talented teams this year, and they were able to take down some of the top teams in Charles County, including two victories over rival La Plata High School, and splitting a series with Huntingtown, whom they had not beaten in several years.

The team has also had huge production from underclassmen as well. Sophomores Patrick Estevez, EJ Hampton, Ethan Martinez, and James Turner, as well as Junior Kevon Wharton have all contributed to the team’s success. This is a great, young, determined Eagles squad that is hoping to make a deep playoff run that begins on Saturday May 13th. Come check out your North Point Eagles Varsity Baseball team as they look to continue to strive and bring home a title.